A Tory minister has resigned from Theresa May’s Cabinet citing the government’s unwillingness to give Parliament a final vote on Brexit as a reason for his resignation.

Dr. Philip Lee MP, a junior minister at the Ministry of Justice with responsibility for Human Rights and a good friend of May, resigned ahead of two days of debate and voting in the House of Commons on amendments made by the House of Lords to the EU (Withdrawal) Bill, due to start this afternoon.

One key vote for May’s government is to remove a Lord’s amendment to the bill which gives Parliament a final vote on the deal negotiated with Brussels. 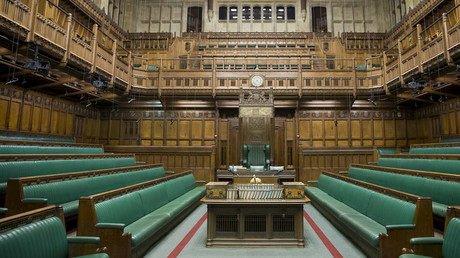 Lee, who advocated for the UK to remain in the EU, said in a statement that “resigning is a last resort.” He warned that “such a serious principle is being breached that I would find it hard to live with myself afterwards if I let it pass.”

“The main reason for my taking this decision now is the Brexit process and the Government’s wish to limit Parliament’s role in contributing to the final outcome in a vote that takes place today,” he continued.

Lee’s resignation comes a day after May urged Tory ‘Remainers’ to put aside their reservations over the EU Withdrawal Bill and row in behind the government so it can “deliver on Brexit.”

In total, the PM is hoping to overturn 15 amendments made by peers in the House of Lords as the bill returns to the House of Commons. They will be debated over today and tomorrow with 12 hours scheduled for debates.

Tonight will see MPs vote on whether parliament should receive a “meaningful vote” on the final Brexit deal, while on Wednesday they will vote on whether to stay in the EU customs union.

When MPs vote on the House of Lords’ amendments to the EU Withdrawal Bill I will support the amendment which will empower Parliament to reject a bad deal and direct the Government to re-enter discussions. For me, this is about the important principle of Parliamentary sovereignty

May has a working majority of 14 in the Commons and relies on the support of Northern Ireland’s Democratic Unionist Party. However, with Lee saying he will back the amendment instead of the government, other pro-EU Tory MPs could break ranks slimming her thin majority even further.

That would leave her relying on Brexit-supporting Labour MPs to get her Brexit plans over the line.

Tuesday will also see Parliament debate other amendments, including a challenge to the government’s plan to put March 29, 2019, or ‘Brexit Day’, into law and an attempt to toughen a commitment to ensure a frictionless border between Northern Ireland and the Republic of Ireland, which represents the UK’s only land border with the EU.