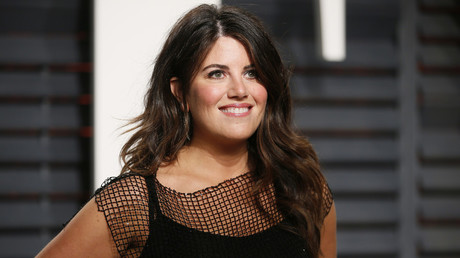 Monica Lewinsky has thrown a generous amount of shade on Marco Rubio after the Florida Republican hit out at a Politico intern for penning an article accusing the lawmaker of “walking back” his criticisms of the GOP tax bill.

Rubio had expressed doubt about the benefit of the tax law to the average worker during an interview with the Economist last month. Earlier this month, Rubio wrote an opinion piece in the National Review in which he said the reforms have have been “good for Americans” overall. When this was perceived as flip-flopping in a piece written for Politico, Rubio took to Twitter to lambast the article’s author – an intern.

Although written by intern at Politico, this article is a reminder of how difficult it can be to discuss public policy in political press. Not only did I not back down on tax cut, I doubled down & added detail for rationale https://t.co/4NTDOxcEju

Lewinsky, the former White House aide at the center of a sex scandal involving former US President Bill Clinton, responded to Rubio’s tweet, saying: “blaming the interns is so 1990s.”

READ MORE: Relax everyone, Stormy Daniels does not have a ‘Monica Lewinsky type’ dress

Lewinsky had been interning at the White House when she began a sexual relationship with the then-president Bill Clinton. The affair came to light in 1998, resulting in a number of public denials by Clinton who was charged with perjury and impeached by the US House of Representatives. He was later cleared of the charges following a 21-day Senate trial. Lewinsky has since gone on to become an anti-bullying activist.