While the number of complaints filed against senior US military and defense officials increased, fewer Department of Defense officers were actually found guilty of misconduct last year, according to data from DoD investigators.

Some 803 complaints were made in the last fiscal year compared with 787 the previous year. Only 144 were considered credible and subsequently investigated by the Inspector General. In total, 49 senior officials were eventually found guilty of misconduct. 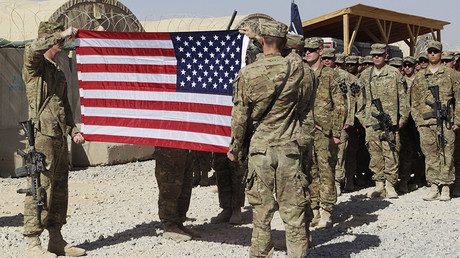 “There are a significant number of substantiated allegations against senior officials engaging in inappropriate relationships,” said Glenn Fine, the Pentagon’s acting inspector general. Substantiated misconduct cases included “an Army major general who engaged in a sexual relationship and ‘swinger lifestyle’” with an employee.

The number of whistleblower reprisal complaints and investigations has also increased, although the substantiation rate for such cases remains low at four percent. This may be because the whistleblower reprisal process is being misused, said Lt. Gen. David Quantock, the Army’s inspector general. Whistleblower complaints are often made by lower-level employees following punishment for misconduct or inadequate performance, Quantock told the subcommittee.

The data released however raises questions about transparency and fair process in the Armed Services. Democrat Representative Jackie Speier says higher-ranking officers often receive more lenient treatment. “There is a phrase in the military that goes like this, ‘Different spanks for different ranks.’ Many senior leaders who should be the essential core of the chain of command are not being held to the same standard as the rank and file. This corrupts fairness, justice and morale,” Speier said.