Prime Minister Theresa May has handed top cabinet posts to Brexiteers in a bid to reassure Tory MPs she will honor her “Brexit means Brexit” pledge. That includes putting long-time Euroskeptic and “charming bastard” David Davis at the helm of negotiations.

Since the June 23 vote, the world has been looking for clues as to what Britain’s future relationship with Europe will look like, with concerns the aftermath will see the UK’s economy plunge into recession.

Some Euroskeptics feared that May, who was a tepid ‘Remain’ supporter during the referendum, might try to avoid a clean break with Europe.

But with ‘Leave’ campaigners scoring the top jobs, including Boris Johnson as foreign secretary and Liam Fox as international trade secretary, it’s becoming clearer how Brexit negotiations could shape up.

David Davis, a staunchly Euroskeptic lawmaker, has landed the key job of ‘Brexit minister’ in charge of negotiating the UK’s exit with the 27 remaining EU member states.

Davis, 67, says the risk of losing a key export partner will force EU leaders such as German Chancellor Angela Merkel to agree to a free trade deal.

“Once the European nations realise that we are not going to budge on control of our borders, they will want to talk, in their own interest,” Davis said in an article for ConservativeHome, written before he was appointed to the role.

He says the UK should take its time before triggering Article 50 of the Lisbon Treaty – the formal process by which Britain can leave the bloc – an approach at odds with other European states.

“The negotiating strategy has to be properly designed, and there is some serious consultation to be done first. This whole process should be completed to allow triggering of Article 50 before or by the beginning of next year.”

He says the ideal outcome is “continued tariff-free access.”

“We should work out what we do in the improbable event of the EU taking a dog in the manger attitude to Single Market tariff free access, and insist on WTO rules and levies, including 10 percent levies on car exports.”

He says if Brexit negotiations are done right, Britain will have a “more dynamic economy.”

“Our businesses will have greater global opportunities, and will be more competitive. There will be lower prices in the shops, once we are outside the Common External Tariff.

“There will be higher wages for the poorest. An immigration system that allows us to control numbers. Control of our laws, so our lives are not hampered by needless and restrictive regulations.”

But Davis may be a little misguided about some aspects of EU law and trade deals.

Davis worked in the Foreign Office from 1994 to 1997, with responsibility for negotiations with Europe, where he picked up the nicknames ‘charming bastard’ and ‘monsieur non’ (Mr. No).

May has put him in her top team despite Davis pursuing legal action in the European courts against surveillance laws she introduced. He joined forces with Labour deputy leader Tom Watson to jointly challenge the legality of the Government’s Data Retention and Investigatory Powers Act 2014.

Britain’s new Chancellor Philip Hammond says despite the Brexit vote having a “chilling” effect on the British economy, including investment, job creation and business confidence, there will be no emergency budget. 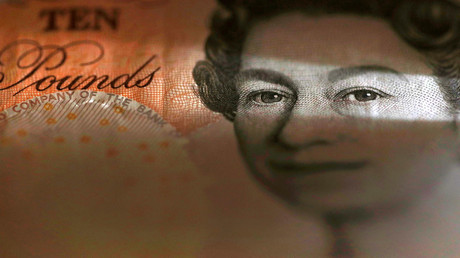 “But the markets do need signals of reassurance, they need to know we will do whatever is necessary to keep the economy on track.”

Speaking to LBC radio, he said Britain would likely come out of the single market as a result of its decision to leave the EU, and hoped Britain would be able to negotiate “access” to the market through trade deals.

When asked by the BBC whether he still believed in deficit reduction, he said the economy was “entering a new phase.”

He said he has a series of meetings lined up with key economic leaders, including the governor of the Bank of England, in which it will be assessed whether a post-referendum recession could be expected.

Hammond has said the best place for Scotland is inside the UK economy, and outside the EU, delivering a blow to SNP’s Nicola Sturgeon’s bid to keep Scotland in the bloc.

He also rejected the idea that Scotland could have a separate relationship with the European single market.

Hammond moved from the Foreign Office to the Treasury. The man he succeeded as chancellor, George Osborne, who was a ‘Remain’ campaigner, was sacked from the cabinet.

In an astonishing comeback, former Mayor of London and Brexiteer Boris Johnson has been appointed Foreign Secretary – his first cabinet post.

He was a front-runner to succeed David Cameron as prime minister before being pushed out of the Tory leadership race by fellow ‘Leave’ campaigner Michael Gove.

But the man who is about to represent Britain on the world stage has made a number of contentious comments about world leaders, making his appointment an interesting one.

He has likened US presidential candidate Hillary Clinton to a “sadistic nurse in a mental hospital” because of her “dyed blonde hair and pouty lips” and wrote a limerick in which the president of Turkey has sex with a goat.

Johnson has described former US President George W. Bush as a “cross-eyed Texan warmonger, unelected, inarticulate,” and ex-British PM Tony Blair as “a mixture of Harry Houdini and a greased piglet.”

One of the three candidates vying to lead the opposition Labour Party, Owen Smith, says Britain should vote again on whether to remain in the EU once a Brexit deal is agreed.

According to the Guardian, Smith, who announced his candidacy to succeed Jeremy Corbyn on Wednesday, says many Britons who backed leaving the EU believe they were misled and should be given a second chance to vote.

“That does mean a second referendum or a general election when the terms are clear. The Labour government should be committed to that,” he said.