The government is “struggling” to spend its allocated overseas aid budget and dispenses cash overseas in a last-minute frenzy to meet its targets, the spending watchdog has said. 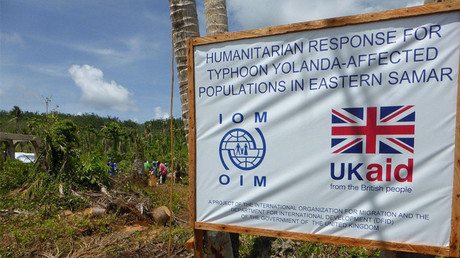 A National Audit Office (NAO) report has raised concerns that money is being wasted because of the “rush” by civil servants to hit the legal requirement of 0.7 percent of the nation’s income going to overseas aid, according to the Telegraph.

Tory MPs accused the government of needlessly spending money to meet “artificial targets” after the report revealed five out of 11 Whitehall departments spent more than half their annual aid budget in the last few weeks of the year to meet financial deadlines.

The government has also failed to establish a clear way to check overall effectiveness of aid spending, the NAO’s major review warned.

Of four goals set in 2015 for aid spending – to strengthen global peace security and governance, enhance crisis resilience, promote global prosperity, and tackle extreme poverty – only the last could be measured against targets, which meant “it is not possible to assess progress in [the aid strategy’s implementation].”

The report said while the Department for International Development (DfID) had improved its management of aid money, it only accounts for 74 percent of spending, with the other 26 percent spread across other departments and bodies.

The Departments of Health, Culture, Media and Sport, Energy and Climate Change, Environment, Food and Rural Affairs, and the cross-departmental Prosperity Fund were named as the five departments that “struggled” to spend their share of the aid money within the last financial year. 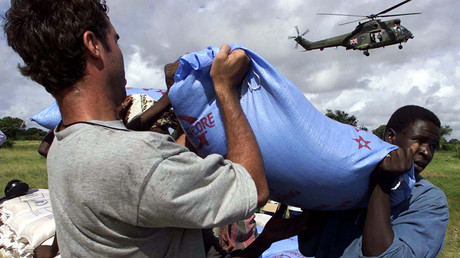 The Department of Energy and Climate Change, which was given £311 million (US$405 million) last year to help poor countries become more environmentally friendly, spent 98 percent of the money in the final quarter.

Only two of the 11 bodies – HM Revenue and Customs and the Department for Business, Energy and Industrial Strategy – were able in August 2016 to forecast “within 10 percent accuracy” what their spending in the last quarter of 2016 would be.

The NAO also said the departments do not have the staff and systems in place to deal with the increase in the amount of taxpayers’ money they are required to dispose of.

The report has prompted fresh demands for the foreign aid target to be scrapped. Prime Minister Theresa May has faced repeated calls to cut foreign aid spending – which hit more than £13 billion last year – in order to fund public services at home.

Millions of pounds being spent on projects in China, the world’s second-largest economy, has heightened public concerns at a time of belt-tightening in the UK.