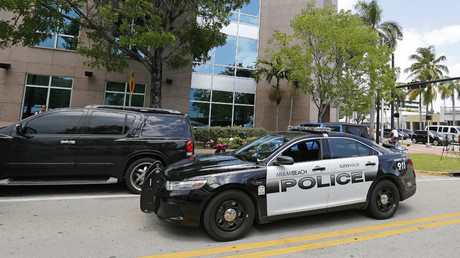 The Miami, Florida police headquarters has been evacuated after a suspicious package was left in front of it. The bomb squad is on the scene, according to the Miami Police Department.

The department was holding its monthly awards ceremony in a different building at the time, WPLG reported.
Everyone was evacuated from the Miami PD headquarters, police said.

The package was a bag discovered on the walkway near the station’s front entrance, WFOR reported.

While the Miami PD headquarters is evacuated, 911 calls are being routed to a backup call center in Coconut Grove.