Britain’s international spy agency is reverting to the time-honored method of informally ‘tapping up’ potential recruits in a bid to attract more ethnic minority members, according the MI6 chief.

Alex Younger told the Guardian that current threats mean the spy agency is looking to expand its workforce and that to do so it is keen to look outside the traditional Oxbridge pool.

He warned that some communities are “selecting themselves out” of roles in intelligence. 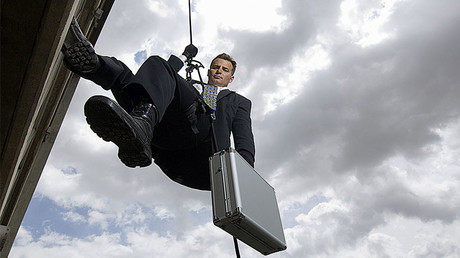 “I’m quite passionate about this. We have to go out and ask these people to join us. Before we were avowed as a service, that was the only way of recruiting people, a tap on the shoulder. That was the way I was recruited,” he told the Guardian.

In recent years the agency has resorted to more conventional recruiting methods such as adverts in national papers and using its own website to attract potential spooks.

“We have to go to people that would not have thought of being recruited to MI6. We have to make a conscious effort. We need to reflect the society we live in.”

Younger said the MI6 brand is changing out of necessity, as associations with James Bond and SAS-type operations have put off some potential recruits.

He said MI6 simply had “to attract the best of modern Britain.”

“Every community from every part of Britain should feel they have what it takes, no matter what their background or status. We have to stop people selecting themselves out.”

Younger was philosophical about the damage done caused to the intelligence community by its failures over Iraq and the massive leaks by NSA whistleblower Edward Snowden.

“I think the public trusts us and they want us to succeed. Our public reputation is really strong. Our work is constantly evolving.

“Snowden is the kind of thing you can be hit by. It’s a good reminder of why we need to be imaginative.”