US leaving the North American Free Trade Agreement “won’t be the end of the world,” Mexican Foreign Minister Luis Videgaray said. He added that his country has to be ready to leave the negotiation table altogether.

The government “wants an agreement” on the free trade zone, Videgaray told a Mexican Senate meeting Tuesday, but he also warned that the country will only stay “if it is in the national interest.” 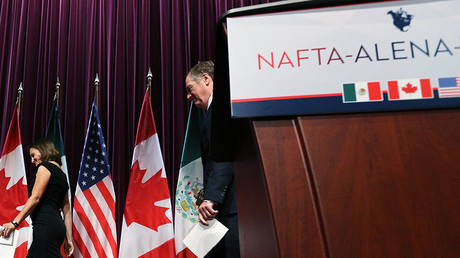 “Mexico is much bigger than NAFTA and we have to be ready for any scenario in the negotiations,” Videgaray said, as quoted by La Vanguardia newspaper.

“We always have to be ready to get up from the table. This is a logical posture in any negotiation. It’s also a principle of dignity and sovereignty,” he said.

The minister’s comments come after US President Donald Trump again hinted the deal – which involves the US, Canada and Mexico – could be scrapped.

“I happen to think that NAFTA will have to be terminated if we’re going to make it good,” Trump told Forbes in a fresh interview, just ahead of Canada’s Justin Trudeau arriving in the US for a fresh round of NAFTA talks.

A US exit from the trade deal “won’t be the end of the world,” Videgaray said, adding that the cooperation between the countries against drug trafficking and illegal migration could be negatively affected by Trump’s aggressive rhetoric regarding NAFTA.

Trump first threatened to withdraw from the deal in April. This was met with harsh criticism from Mexican officials who stated Mexico would not negotiate the deal “with a gun to its head,” according to Politico, and accused Trump of spoiling for a “protectionist war.”

We are in the NAFTA (worst trade deal ever made) renegotiation process with Mexico & Canada.Both being very difficult,may have to terminate?

The Trump administration started the first round of NAFTA negotiations in August with the main goal to update the 23-year-old agreement and make it meet current post-internet age standards. The proposed changes are said to include, among others, a ‘sunset clause’ that would force renegotiating the deal every five years and eliminating a key dispute resolution mechanism. 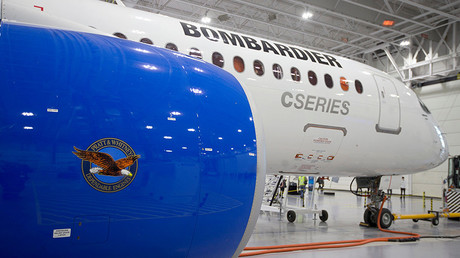 While Mexico and Canada do not object to modernizing the agreement, they disagree with the assertion that current NAFTA is tilted against the United States and its citizens. Trump also wants major changes that Mexican officials vehemently disapprove of.

An arguing point the US administration uses in their favor to renegotiate the deal is that the US buys more goods and services from Mexico than Mexico buys from the US. The US currently has a $64 billion goods deficit with Mexico, the AP reported.

“We feel that NAFTA has fundamentally failed many, many Americans and needs major improvement,” Robert Lighthizer, the United States trade representative, said at the first meeting in August, according to the New York Times.

Lighthizer added that current deficits “can’t continue.” He went on to say that Trump regards trade deficits as an important way to gauge the nation’s economic health.

Still, there is strong opposition within the US itself against eliminating the deal. On Tuesday, the Chamber of Commerce sent a second letter to the White House in support of NAFTA and criticizing proposed changes. The letter was signed by over 300 local US businesses.