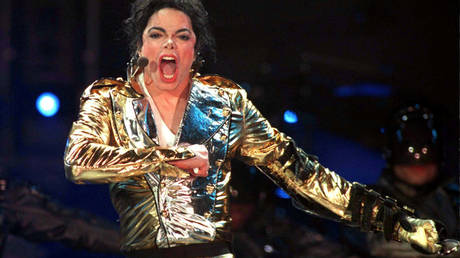 Weeks after an explosive documentary detailing shocking allegations of child abuse by the late Michael Jackson made instant headlines, holes have appeared in the narrative of the abusers — but the US media has gone silent.

The four-hour-long ‘Leaving Neverland’ documentary by filmmaker Dan Reed offered detailed accounts of sexual abuse and garnered massive amounts of media attention when it aired across the US and UK in March.

Also on rt.com
Michael Jackson abuse debate reignited: No room for defense in the #MeToo era?


But in late March, Jackson biographer Mike Smallcombe raised concerns over a key date in the documentary. While Safechuck alleged he was abused in the train station at Jackson’s Neverland, it turns out that construction of the train station didn’t begin until the end of 1993, and it did not open until 1994 — two years after Safechuck said the abuse ended at age 14.

Smallcombe even tweeted images of construction permits for the train station on Twitter to prove his case. Responding to Smallcombe’s unearthed documents, director Reed appeared to admit that the dates in his documentary were wrong, before quickly backtracking and insisting that there was “no clash of dates.”

In the last couple of hours I’ve been given access to the Santa Barbara County construction permits for the Neverland train station by my source – approved Sept 2, 1993 pic.twitter.com/xjtfvEvsUu

One month after the documentary produced a major media storm, there seems to be little interest from the US media in the new information — or Reed’s response to allegations that Safechuck could be lying.

Other holes have been picked in the narrative, too, including one involving Safechuck’s mother, who claimed to have celebrated Jackson’s death four years before her son said he realized he had been abused.

A string of other details which seemingly don’t add up were compiled by Mediate reporter John Ziegler, who has questioned why the new information has not “gained any traction” in the US, despite being picked up by at least three major outlets in the UK. The Daily Mail, the Sun and the Mirror, along with multiple smaller outlets, have all written about Smallcombe’s concerns over the documentary.

Media in Australia and Canada have also reported on the documentary’s discrepancies, but remarkably little interest has been shown by major US outlets.

I’ve arrived at the BBC studios in Cornwall – less than 15 minutes until I’m live on Aussie breakfast programme @sunriseon7 to talk about the evidence which has discredited the Leaving Neverland MJ allegations #sunrisehttps://t.co/izc07qP94z

Why? Ziegler suspects the lack of media interest could be down to the “radically altered rules” for how allegations of abuse are evaluated in the #MeToo era.