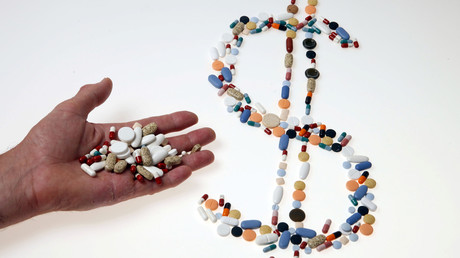 A huge proportion of scientists and doctors publishing in major medical magazines continue to conceal ties to corporations relevant to their research, while punishment for not declaring interests remains weak, says a new report.

“The system is broken,” Mehraneh Dorna Jafari, assistant professor of surgery at the University of California, Irvine, told the New York Times and ProPublica, an investigative journalism non-profit.

Jafari was one of the authors of a landmark study published back in August that took the names of the 100 doctors receiving the most funding from medical equipment and drug manufacturers, and then studied whether they declared a potential conflict of interest in their published research. Only 37 did.

Also on rt.com
‘It’s still cheaper’: Utah insurance provider will pay for trips to Mexico for its ‘Pharma-Tourists’


For example, Dr. Howard A. Burris III, has been elected as the president of the American Society of Clinical Oncology (ASCO) that includes 40,000 members, and can make influential recommendations on cancer drugs worth tens of billions of dollars.

Companies where Burris is an employee have been paid $114,000 in speaking fees, and $8 million in research funding by private corporations. Yet in none of his last 50 articles did the man, whose bio boasts that he “was selected by his peers as a ‘Giant of Cancer Care’ for his achievements in drug development,” think it was necessary to declare any potential biases resulting from corporate involvement.

In the latest investigation, the Times and ProPublica revealed that Dr. Robert J. Alpern, the dean of the Yale School of Medicine, writing about an experimental kidney disease drug failed to state that he was on the board of the company producing it.

When journalists approached the publisher of the article, the Clinical Journal of the American Society of Nephrology, its editor discovered that all 12 authors of the article in question had interests they failed to declare.


“They really are falsifying the information that others rely on to assess that research,” said Dr. Jeffrey R. Botkin, an associate vice president for research at the University of Utah. “Money is a very powerful influencer, and people’s opinions become subtly biased by that financial relationship.”

Botkin has written an article suggesting that those violating the rules on disclosure should be charged with academic misconduct, thus risking their career and reputation.

But legal rules have already been tightened up over the disclosure of payments from corporations to doctors, while journals have threatened lengthy bans for violators, and online databases have made it easier to discover potential conflicts of interest within minutes – as the authors of the report were able to.

The more fundamental problem appears to be the symbiotic relationship between doctors, scientific magazines, and medical corporations. All need each other, but it is the money from the latter that allows the other two to survive. The setup relies on the intellectual integrity of all the parties involved, as no one on the inside has incentives to police themselves, and there is no powerful independent monitor scanning through every article and doling out bans and financial sanctions.