The legalization of medical cannabis could take place within a year, a leading GP and Tory MP has said. Dan Poulter MP claims a “realistic goal” to bring about change could happen at any time between 12 and 18 months.

The Conservative MP for Central Suffolk and North Ipswich made the remarks after the high-profile case of 12-year-old Billy Caldwell, who had his first epileptic seizure in 300 days on Tuesday morning after running out of his cannabis oil supplies. He exhausted all the supplies of the class drug after his GP refused to prescribe, adhering to orders from the Home Office.

Caldwell’s mother, Charlotte flew to Canada to stock up on the cannabis product, but had the six-month supply confiscated by border control officials at Heathrow airport on Monday. 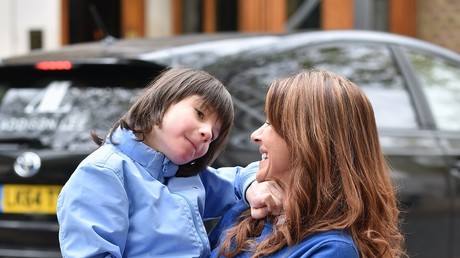 Dr Poulter, who is backing the Caldwells and families in analogous situations, said at a press conference in Central London: “We have got Charlotte and Billy, who have brought what is a very human and very real issue for many families to life.

“When there is growing evidence of the benefits of doctors and medical health professionals being able to prescribe medicinal cannabis then it seems extraordinary that we can’t do so,” Poulter said, Birmingham Live reports.

Some families whose children are affected by epilepsy, a deadly chromosomal condition, said 18 months is too much of a wait. Robin Emerson, 30, who has a two-year-old epileptic daughter, said: “Eighteen months is far too long. We need it tomorrow. So, until that happens I’ll be doing the same thing as Charlotte did. I’ll be going to Canada and bringing it back. I’m happy to go to jail for my daughter.”

The father, from Belfast, added: “This isn’t about one or two children, it’s about hundreds of children. Our children are dying. Each day, they are dying. The UK Government is standing there while it’s happening. It can’t go on like this.”

The comments come after an all-party parliamentary group (APPG), set up by Poulter, on Wednesday condemned what were branded “inconceivable” laws, and called for reform.

Crispin Blunt, a former prisons minister and co-chair of the APPG on drug policy reform, said: “Billy Caldwell is one child out of many hundreds, as well as many thousands of adults, who would benefit from cannabis-derived medicines in the UK.

“We already happily accept the medicinal value of other plants such as poppies whichcan be used to create effective opioid painkillers and morphine as well as heroin. Some 75 percent of the British public support medical cannabis, and the UK is ironically the world’s largest producer and exporter of legal cannabis.

“It is inconceivable that the Home Office continues to deny the medicines that [Billy] and countless other patients so desperately need yet can access in many other countries including Canada, the United States and several EU states,” Blunt said, the Guardian reports.