Nicholas Kristof, a prominent columnist for the New York Times, has warned that the media’s obsessive focus on President Donald Trump means they are failing to cover other important stories.

Kristof lamented the “all Trump, all the time” nature of the US media since Trump took office. “We have to acknowledge that there is so much more happening in the world than Donald Trump,” he told CNN host Brian Stelter. 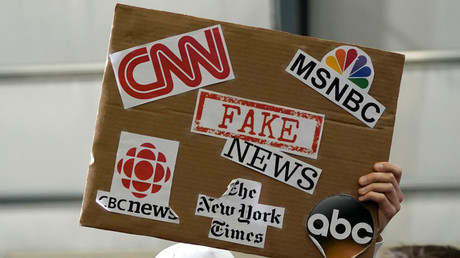 The inevitable result, Kristof said, is that the media risks not covering “a lot of really important things at home and around the world.” Kristof said that while many media figures complain that Trump isn’t paying attention to important global issues, the same criticism could be levelled at them.

Stelter appeared to agree with Kristof and said the common criticism of the US media being too focused on domestic politics seemed to be even more true with Trump in office than it has been before, because Trump “sucks up all the oxygen.”

Kristof also said there was a “crisis” in American journalism and that the “old business model” had been collapsing. In a way, Kristof said, obsessive Trump coverage was acting as a bad “solution” to that crisis.

“As long as we have cameras focused on him [Trump], then audiences will follow,” he said.

US cable news channels have enjoyed higher ratings thanks to the new “all Trump, all the time” model. In fact, according to CNN President Jeff Zucker, 2016 was the biggest year in the history of cable news.

“Three years ago, people were suggesting that cable news was on its last legs. Now there is nothing more relevant in the landscape than these cable news networks,” Zucker told the Los Angeles Times.