Authorities in Minnesota are seeking $5 million to respond to the largest outbreak of measles in three decades, most of which involve unvaccinated Somali-American children.

On Wednesday, Minnesota Health Commissioner Dr. Ed Ehlinger asked state lawmakers for $5 million to address the state’s growing infectious disease crises, which includes “the largest measles outbreak the state has faced in nearly 30 years,” according to a statement obtained by the Post-Bulletin.

A total of 51 measles cases have been confirmed in the counties of Ramsey, Crow Wing and Hennepin, where the state’s largest city Minneapolis is located. Forty-eight of the cases affect children, with 46 affecting Somali-Americans, according to data released by the Minnesota Department of Health (MDH). 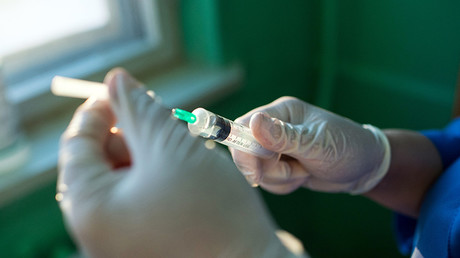 Ehlinger has asked state lawmakers to create a public health emergency fund of $5 million in order to “ensure sufficient resources are available for immediate, lifesaving actions to protect Minnesotans from infectious disease outbreaks and other unanticipated public health threats.”

So far this year, the state has spent nearly $3 million responding to measles, tuberculosis and syphilis. Ehlinger warns that the funds can no longer be diverted from “other vital public health services.”

Last Thursday, when there were 41 measles cases, MDH released a statement, which said the majority of the cases have been spread by unvaccinated people, many of them from the Somali community.

Citing numerous studies on the MMR vaccine, the US Centers for Disease Control and Prevention (CDC) states that “there is no link between vaccines and autism.”

“The most worrisome thing is, it’s a completely unnecessary outbreak,” said Kris Ehresmann, director of infectious disease control for MDH, according to CNN. “We have a vaccine that can prevent measles, and yet we’re seeing this widespread transmission.“

Ehresmann emphasized that the outbreak “has nothing to do with being Somali. It’s just the sheer fact of being unvaccinated.”

Measles is a highly contagious disease that “if one person has it, 90 percent of the people close to that person who are not immune will also become infected,” according to the CDC.

The MDH claims more than 2,500 people have been exposed during the recent outbreak.

“Once measles begins to spread in unvaccinated populations, it can be very difficult to stop,” Ehresmann said in the press release issued last week. “We would not be surprised if we saw additional cases in other parts of the state where there are clusters of unvaccinated people before this is over.”

The measles, mumps, rubella (MMR) vaccine is given to children in two doses, typically the first dose is given to children 12 months old, with a second dose when they are between four to six years old. However, MDH is recommending an accelerated vaccine schedule to deal with the outbreak.