British Prime Minister Theresa May has a new director of communications, the former head of the BBC’s political team in Westminster, Robbie Gibb.

The appointment has led some to ask why there is such a well-trodden path between the government and a broadcaster which claims to be impartial.

A month ago Robbie Gibb strongly denied my charge his #bbcdp show was biased against Corbyn/Lab. Today he joins Downing St as a spin doctor. https://t.co/CJEP85Onlq

Gibb is far from the first person to leave the BBC for a high-ranking position in the Conservative Party. The revolving door between the corporation and the Tories includes:

BBC staffers have to obey strict impartiality rules and are banned from making their political leanings public, given the station’s public ownership status. 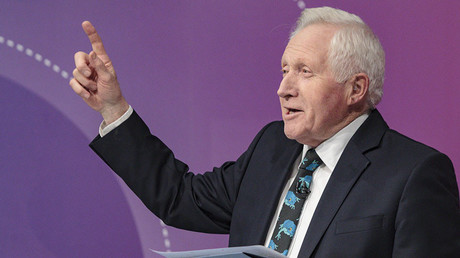 Sociologist Tom Mills, author of ‘The BBC: Myth of a Public Service’, corrected Mason, adding that there had been in fact five people going through the revolving doors in the last few years.

“Robbie Gibb is the brother of a Tory Minister and was best man to Tory operator Mark MacGregor, who’s now a Big Tobacco lobbyist,” Mills added in a tweet.

In contrast to the steady flow of Tories, the BBC was recently accused of being “riddled with left-wing bias” by Tory MP Philip Hollobone. The Kettering MP argued in the Daily Mail that the broadcaster “will seize any opportunity to get Theresa May out. Jeremy Corbyn at Glastonbury is a typical example of their behavior (…) the BBC is out of control.”

Labour leader Corbyn’s speech at the popular music festival was also criticized by Hollobone’s fellow MP Andrew Bridgen, who said: “The BBC will do everything they can to get their hero Jeremy Corbyn into Downing Street. Now with things like this year’s Glastonbury, it’s becoming ever more blatant. They are at the stage where if the BBC give it one more push, we will end up with a Marxist in No 10.”