Scathing accusations against Russia by British Prime Minister Theresa May are a result of pressure she faces from her cabinet, her party and media hungry for a scapegoat. For May, it was a face-saving effort, experts have told RT.

On Monday, May effectively pinned the blame on Moscow for poisoning former double agent Sergei Skripal and his daughter with “a military-grade nerve agent of a type developed by Russia.” While the Prime Minister didn’t mince words in her accusations, she still left a loophole for a potential backtrack, using words like “it appears” and “highly likely” that the Russian state was responsible for the attacks.

This first public attribution of blame is May’s way of strengthening her political profile and of appeasing hawks within her own party, rather than being a reflection of the government’s genuine belief, broadcaster and journalist Jon Gaunt told RT.

‘May was forced to say something’

“She is under incredible pressure at the moment not only from the Labour Party, but from members of her own Cabinet, not even from her own party, but the Cabinet. Her position is very weak and the pressure has been growing for her to make some kind of statement to condemn Russia,” Gaunt explained.

“Unfortunately, Theresa May was really forced to say something, she would have preferred to say nothing,” Martin McCauley, author and Russia analyst, argued, adding that statements starting with “highly likely” are destined for a failure in the court of law. 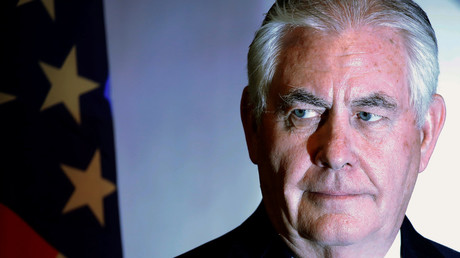 Addressing the House of Commons, May admitted that the investigation has yet to come to any conclusions. “I share the impatience of this House and the country at large to bring those responsible to justice…But as a nation that believes in justice and the rule of law, it is essential that we proceed in the right way – led not by speculation but by the evidence,” she said.

May’s accusations come across as restrained when compared to some of the British MPs’, who had no scruples about pointing the finger at Russia, calling the incident “a warlike act.”

READ MORE: Will Theresa May punish Russia over double-agent poisoning, despite no proof?

“There are a lot of Labour and Conservative MPs who have already decided that Russia was responsible, even though the evidence has not been brought forward,” McCauley said, adding that they see it as a “great political ballgame when they kick Russia around.”

McCauley said politicians see the blame-the-Russians game as a convenient pretext to score political points without any risk, albeit without much sense either.

“One would say ‘we have to do that’, the other would say ‘we will do something else’ and they get themselves into the newspapers and so on, and it’s a great fun from their point of view, but from the point of view of law, we haven’t taken one step forward.”

‘A history of politicized intel’

It’s hard to believe that the investigation that is being conducted by the UK authorities is impartial, what with the surrounding media frenzy and the vast record of highly politicized intelligence coming from the authorities, Dr Tara McCormack, lecturer in International Politics at the University of Leicester, told RT.

It’s hard to believe that the investigation that is being conducted by the UK authorities is impartial, what with the surrounding media frenzy and the vast record of highly politicized intelligence coming from the authorities, Dr Tara McCormack, lecturer in International Politics at the University of Leicester, told RT. 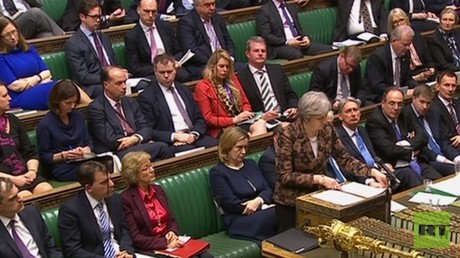 McCormack noted that the media and the lawmakers are reluctant to reflect on these mistakes. They “seem to have forgotten about that very quickly and, rather than being cautious, there’s a drive to blame Russia immediately.”

Former Pentagon official Michael Maloof echoed the point, saying that the “outright accusatory statements” made mid-way though the investigation are “part of the anti-Russia hype that continues in the West.” Bringing up how the UK government sided with the US in the false claim that there were weapons of mass destruction in Iraq, he said it’s hard to take any such assertions at face value.

The timing of the attack, on the verge of Russia’s presidential election and its circumstances, notably the use of a Soviet nerve agent, begs the question: “Why would Russia leave a signature like that, it’s similar to some of the hacking that has been going on leaving Cyrillic [script] in the hacking codes. If this all was orchestrated by the Russian government, why would they be leaving such a trail?” Maloof asked, pointing out that it “defies logic and common sense.”

With MPs calling Russia names and touting a host of potential sanctions, NATO retaliation and a ban on RT broadcasting, it’s still up to the UK government to decide what measures to take, Dr McCormack noted. Asserting that she doesn’t believe May will back down from her initial allegations against Russia, she theorized that “what will happen will be sanctions, some diplomatic expulsions.”

One possible response floated by MPs was a boycott of the World Cup in Russia by the England national football team. While the topic was not raised personally by May, if it turns out to be the case, such a decision will go down in history as, arguably, the most unpopular one ever taken by an incumbent PM, “apart from Brexit delay,” Jon Gaunt said.