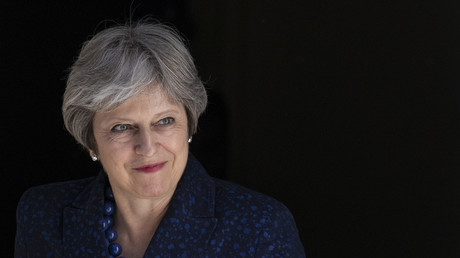 The pain was clear on Theresa May’s face as laughter echoed through the halls of Parliament after Jeremy Corbyn queried if the PM would follow BoJo’s suggestion in his leaked tapes – would she consult Donald Trump on Brexit?

Foreign Secretary Boris Johnson praised Trump’s obtuse approach to deal-making in a secret recording leaked to the media last week. In the audio clip, BoJo can be heard suggesting the UK would be better off if the US leader took over the Brexit talks. “There is method in his madness,” he said.

Ardent Brexiteer Johnson made his remarks during a closed-doors Conservative dinner party. Trump’s toughness in negotiating better terms for his country at all costs is what the UK might borrow from the POTUS, Johnson suggested. Even if his no-nonsense approach might seem like pure craziness at first, it might work out in the end, he said.

Raising yet more questions over May’s control over her own party, the PM visibly suffered as MPs, including Johnson himself, chortled.