UK PM Theresa May is leaning towards a Norway-style EU withdrawal deal, which would see Britain accepting single-market membership – at least for goods – as Brexiteers press for a less-restrictive, Canada-style trade agreement.

May is set to embark on a trip to Brussels, where she will update EU leaders on her government’s progress – or lack thereof – on Brexit. The prime minister will be hoping to paper over the cracks of a cabinet at war over the shape of a future UK-EU trading relationship.

Whitehall sources have indicated that May is favoring a Norway-style arrangement, which would maintain single-market membership, but would exclude three of the four freedoms (people, services and capital). This would retain the free movement of goods across borders, reports The Guardian. 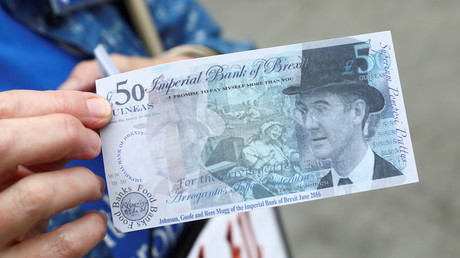 There is some doubt as to whether this type of “cherry-picking” from the UK on single-market membership would be an acceptable proposition for the 27 EU member states. The EU’s chief negotiator, Michel Barnier, has been adamant that the UK would have to abide by all four freedoms in order to retain single-market membership, describing this as “non-negotiable.”

The UK may point to the fact that EEA (European Economic Area) members, such as Norway, are allowed to opt out of the four freedoms if they are facing serious economic, societal or environmental strain under Article 112 of the EEA Agreement.

Anand Menon, director of UK in a Changing Europe, said the two options that have surfaced, concerning Norway- and Canada-style trading arrangements, are both problematic for the prime minister, as both deals have their drawbacks.

“It’s politics versus economics,” he said. “The impact of [a Canada-style deal] on the economy is very bad; but the politics of selling the alternative, which is Norway-plus-a-customs-union, are terrible for May.” It’s distinctly possible that May’s approach would anger some Brexiteers and prompt resignations.

A Canada-style trade agreement being pushed by Brexiteers would create a much looser relationship with the EU. Under the EU-Canada Comprehensive Economic and Trade Agreement (CETA), there is no obligation for Canada to pay into the EU budget or – crucially – sign up to the EU’s four freedoms. In addition, they don’t have to abide by European Court of Justice (ECJ) rulings.

The drawbacks include the UK not having a say on EU standards and regulations governing exports to the bloc. CETA does not guarantee Canadian firms an EU financial services “passport.” This means that they will still face obstacles to trading freely with EU member states.

Furthermore, CETA does not remove non-tariff barriers such as EU rules of origin requirements, while products such as eggs or chicken are not covered by the agreement.

May’s decision to assemble her whole cabinet at Chequers in recent days, rather than just her deadlocked Brexit subcommittee, is generating anxiety among Brexiteers. “They’re stacking the deck to make sure they’ve got the numbers in the room,” said one senior government Brexiteer.

The prime minister will meet a string of EU27 leaders over the next seven days, beginning on the sidelines of the European Council in Brussels, hoping to win them over.