You can forgive Labour MPs for trying to make the most of having to sit through yet another Theresa May Brexit speech. The opposition benches laughed and jeered the PM as she rehashed the platitudes from her Mansion House talk.

Speaker of the House of Commons John Bercow was forced to reign in rowdy politicians during UK Prime Minister Theresa May’s statement. Despite Bercow’s call for order, the UK PM was still met with laughs, cheers, and jeers throughout her now-familiar spiel.

May, who is often accused of making obscure, lightweight comments on Brexit, attempted to make at least one thing clear: a bespoke trade agreement with the EU is not “cherry-picking.” After May’s address drew laughter from Labour MPs, she paused to allow time for the brief anarchy to die down.

“Every free trade agreement has varying market access depending on the respective interest of the countries involved. If this is cherry picking, then every trade arrangement is cherry-picking,” May said, clearing everything up. 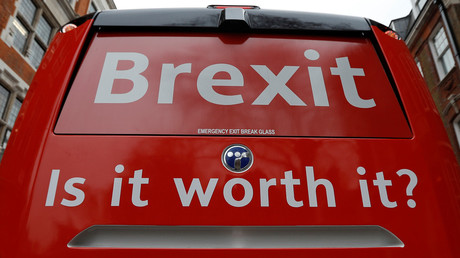 Shortly thereafter, May told the Commons that she is confident the UK can set an example for the world, which generated a lot of Labour jeering.

“We cannot escape the complexity of the task ahead, but with pragmatism, calm and patient discussion I am confident we can set an example to the world,” May added.

Labour MPs continued to heckle May when she admitted that “there will be ups and downs over the months ahead.” She paused, only continuing once the jeering died down.

“We will not be buffeted by attempts to talk tough or threaten a walkout,” she added. “We will not give in to the councils of despair that this simply cannot be done, for this is within both the UK and EU’s interests.”

Laughter turned to discord when the prime minister repeated the words she on her first day in office. “To act not in the interest of the privileged few, but in the interests of all out people,” she told the Commons. “To make Britain a country that works for everyone.”