Mattis was asked during a press event on Tuesday about what he said to Crown Prince Mohammed bin Salman during their meeting last week, and how Riyadh could minimize civilian casualties. At that point, the defense secretary went straight to the topic of refueling. 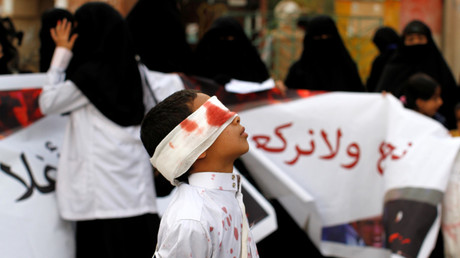 “When you’re a pilot in the air and you’ve got bombs on your wing and you got somebody calling on you to drop and you’re watching your fuel gauge go down, you say, ‘No, you don’t. We’re going to refuel you. There’s no need for a rash or hasty decision there,'” he said.

The US has been supporting the Saudi-led coalition in Yemen in their bombing campaign against Houthi rebels since it began in 2015. The support has increased since President Donald Trump took office last year. Washington has provided arms and refueling services, as well as intelligence and ammunition, despite the coalition being accused of having a blatant disregard for civilian lives in its bombing campaign, which is aimed at reinstating the ousted President Abdrabbuh Mansur Hadi.

Mattis went on to state that the US has taught Saudi Arabia about no-strike zones, noting that such areas might include a school or a hospital. “But it’s not as easy as just saying, ‘Okay, there’s a school or hospital; now draw a circle around it on a map.'”

He said that people calling for the strikes must be aware of such zones, while admitting that such lists are never necessarily complete. “Sometimes you add to them; you found a new place where you didn’t have it on the map before.” 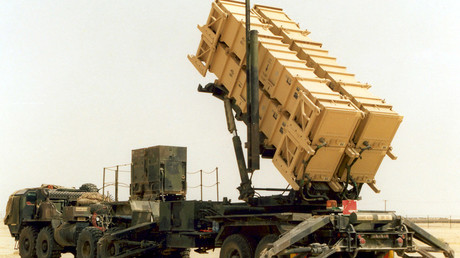 The defense secretary credited American officers with training pilots to make good decisions, saying the methods they learned have been proven by pilots who have decided against dropping a bomb in a given area, believing they couldn’t miss an adjacent no-strike zone.

He admitted that while some people have “gotten very used to the US military’s ability to do this sort of thing,” it is “not perfect about it.” However, he said that for other countries, such methods are the “trigonometry level of warfare.”

Mattis added that the Houthi ballistic missiles, which he said were supplied by Iran, were being countered by US weapons systems and advisers assisting Riyadh “in defense of the kingdom of Saudi Arabia.”

His comment about “American systems” came just days after Trump touted $12.5 billion in finalized arms sales to Saudi Arabia – a move that prompted Amnesty International to speak out, referencing“irresponsible arms flows” to the Saudi-led coalition which has “resulted in enormous harm to Yemeni civilians.” The $12.5 billion in finalized sales, praised by the president, is part of a wider $350 billion arms deal struck between the two countries last year.

Meanwhile, Mattis also appeared to forget comments made by Army General Joseph Votel earlier this month, when he admitted that the US doesn’t monitor how the weapons it supplies to Saudi Arabia are used in Yemen.

At least 10,000 Yemeni civilians have died since the civil war began in 2015, according to an Oxfam estimate. The conflict has killed thousands, displaced many more from their homes, and led to a major cholera outbreak. There are 22 million people in need of humanitarian assistance in the country, according to the UN.