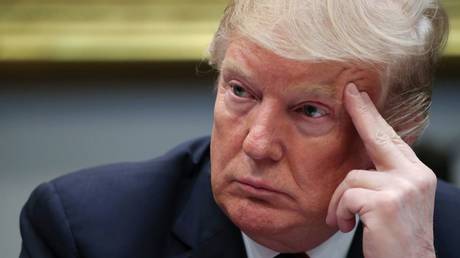 Donald Trump has once again lashed out at his political opponents after the ex-spy responsible for the infamous ‘Steele dossier’ admitted that he used an unverified internet post as a source while compiling the dubious document.

Christopher Steele, the ex-British spy who fueled Russiagate hysteria with his DNC-commissioned opposition research on Donald Trump, admitted during a lawsuit deposition that he relied on unverified information contained in a report published by CNN iReport – a now-defunct “user-generated” news site. Stories featured on iReport were submitted by citizen journalists and were not edited, fact-checked, or screened before being published.


Steele acknowledged under questioning that he had used a July 28, 2009 report published on iReport to substantiate claims he made about internet hosting company Webzilla and its alleged Kremlin ties. However, the former British intel officer insisted that he thought iReport boasted the same thorough journalistic standards as CNN.

He was pressed further: “Do you understand that CNN iReports are or were nothing more than any random individuals’ assertions on the Internet?” Steele replied: “No, I, obviously, presume that if it is on a CNN site that it has some kind of CNN status. Albeit that it may be an independent person posting on the site.”

Webzilla is among the list of plaintiffs suing Buzzfeed for defamation, after the media outlet published Steele’s findings in full in January 2017, with a disclaimer that they hadn’t verified it.

The president, who has long denied the salacious allegations contained in Steele’s report, mocked the former MI6 spy and his Democratic sponsors in a tweet.
“Report: Christopher Steele backed up his Democrat & Crooked Hillary paid for Fake & Unverified Dossier with information he got from ‘send in watchers’ of low ratings CNN. This is the info that got us the Witch Hunt!” Trump wrote.

Report: Christopher Steele backed up his Democrat & Crooked Hillary paid for Fake & Unverified Dossier with information he got from “send in watchers” of low ratings CNN. This is the info that got us the Witch Hunt!

While devout Russiagate disciples insist that the revelation changes nothing, many on social media expressed disbelief that anything in Steele’s dossier could still be taken seriously.

“Turns out Master Spy Christopher Steele was every bit as careful, conscientious, and meticulous as we thought he was,” Byron York, chief political correspondent for the Washington Examiner, joked.

Turns out Master Spy Christopher Steele was every bit as careful, conscientious, and meticulous as we thought he was. From @JerryDunleavy: ‘Christopher Steele admitted using posts by ‘random individuals’ on CNN website to back up Trump dossier.’ https://t.co/jpA30IZ9ot

Definitely sounds like the kind of intelligence gathering you want to rely on for your FBI investigation/FISA warrant application/media reporting/Congressional inquiry: https://t.co/7vDiVmEca7

Steele’s admission comes amid growing skepticism over the dossier’s key allegations. In December, Michael Isikoff, one of the first journalists to report on the document, conceded that Steele’s central claims were “likely false.”

Coincidentally, Isikoff’s explosive report on alleged Trump-Russia links was cited extensively by the FBI to secure a warrant to spy on Trump adviser Carter Page.