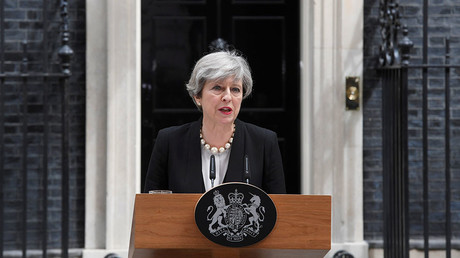 Security services are working to find out whether a terrorist attacker in Manchester acted alone or was part of a wider group, Prime Minister Theresa May says.

The prime minister, speaking from outside Downing Street, called the attack “callous.” She said it was “one of the worst terror incidents we have ever experienced in the United Kingdom.”

A suicide bomber killed 22 people, including children, as an explosion tore through fans leaving an Ariana Grande concert at the Manchester Arena on Monday night. Some 59 people were also injured in the blast when the attacker detonated an improvised explosive device.

It is the worst terror attack in the UK since 56 people were killed in the July 7 London bombings in 2005.

May says police believe they know the identity of the attacker.

She says security services “believe the attack was carried out by one man” but need to find out whether “he was acting alone or part of a wider group.”

May says those injured are in eight hospitals across Manchester, some with “life threatening conditions.”