A survivor of the 7/7 London bombings was found dead in his home after last week’s Manchester attack left him feeling he no longer wanted to live “in a world where these terror attacks continue.”

Tony Walter, who has been described as the Manchester attack’s 23rd victim, worked at a law firm near Edgware Road Underground station, where Mohammad Sidique Khan detonated a suicide bomb on July 7, 2005.

Walter was yards away from Khan when he set off the homemade device. Six people, as well as the bomber, died at the scene of the attack, while Walter was left with shrapnel injuries. It was one of four bombs set off in quick succession across the British capital.

Walter had struggled with the events he witnessed in 2005 and had been particularly distressed by the recent attacks in Westminster and Manchester.

He was said to have taken time off work in March, after Birmingham-based terrorist Khalid Masood drove into several people on Westminster Bridge and stabbed police officer Keith Palmer.

“After the Westminster attack he really struggled. He was off work for a few days saying he couldn’t cope with how it brought back the memories of 7/7,” a friend said, according to the Sun.

“Everyone that knew Tony believes he is the 23rd victim of the Manchester Arena attack. Suicide bomber Salman Abedi is responsible for Tony taking his life as well as those he killed,” the unnamed friend added.

Walker was found at his home in Tottenham, north London, on Wednesday – around 40 hours after the Manchester atrocity. The 52-year-old’s death is being treated as suicide. 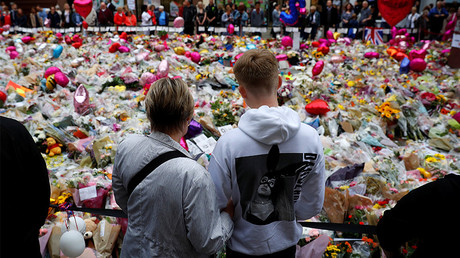 “Police were called on Wednesday, 24 May shortly after 14.10 hours to an address following a concern for the welfare of the occupant,” a Scotland Yard spokesperson said.

“Officers forced entry to the property and found a 52-year-old man who was unresponsive. He was pronounced dead at the scene. The man’s next of kin have been informed. The death is not being treated as suspicious. The matter has been referred to the coroner.”

“It’s a tragedy and we’re devastated. Tony was such a lovely man,” she said.

The 2005 bombings killed 56 people, including the four perpetrators, in a series of bombings across London.

The Westminster attack in March of this year took the lives of five people, including PC Palmer, as well as the attacker Masood.

The Manchester Arena bombing saw 22 people lose their lives, including 10 children and teens.