One of Britain’s most wanted fugitives has finally been tracked down in Switzerland after six years on the run. Mark Acklom had posed as an MI6 officer to trick a woman into giving him her life savings worth up to to £850,000.

According to police, Acklom, 45, was arrested on Saturday night in a flat where he was hiding under a false identity. He was handcuffed at a luxury property in Zurich thanks to concerted efforts between Avon and Somerset police, the National Crime Agency and Swiss authorities.

Acklom is currently being held in custody at a police station in Zurich, where he awaits extradition.

He disappeared in 2012 after allegedly posing as an intelligence officer at MI6 and a Swiss banker to Carolyn Woods, now 61, from Gloucestershire. He tricked her into giving up her life savings while the pair were involved in a one-year relationship in the city of Bath. 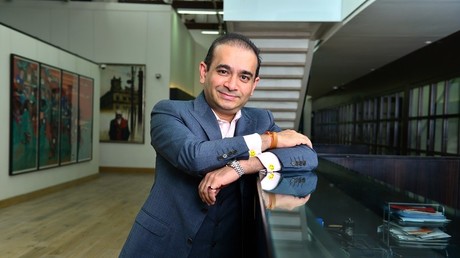 A European Arrest Warrant was issued for Acklom, who was among 10 British fugitives most wanted in Spain by the NCA.

Senior investigating officer DI Adam Bunting, of Avon and Somerset police, said: “The arrest of Mark Acklom is the direct result of the coordinated efforts of our officers, the NCA and the Swiss authorities and we’re grateful for the professionalism and expertise of all those involved in this international search.

“Acklom thought he could continue to evade capture by moving around Europe but we were determined to locate him and bring him back to this country. We’ve updated Carolyn Woods on the latest developments and will continue to work with the relevant authorities to ensure he is extradited as soon as possible.”

Acklom was initially thought to be in Spain, where he had been released from prison over a £200,000 property fraud.

Ian Cruxton, the head of international operations for the NCA, said he was pleased for Woods as “she’s been waiting a long time for news of his arrest.”

“The hunt for conman Acklom started in Spain but as soon as intelligence indicated he had moved to Switzerland, we utilised our assets there to track him down,” he said. “I suspect a fraudster like Acklom will have continued offending while on the run, which is why it was so important to apprehend him.”