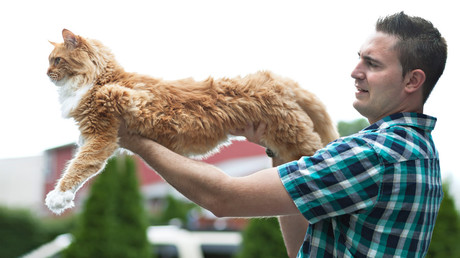 The cat-crazy financial director of a UK construction company has been jailed for four years after siphoning away £370,000 ($488,710) from his employers and using it to buy pedigree kittens and other joys of life.

Matthew Farrimond swindled funds away from the building firm under the pretense of charity donations and used it to fund his lavish lifestyle, Manchester Evening News reports.

He spent £150,000 of the money to put a deposit on a new house but he still had more than £200,000 left over to splurge on plush holidays and pedigree kittens. He pleaded guilty to 12 counts of fraud and one count of money laundering at Bolton Crown Court this week.

Suspicions were aroused when Farrimond was found in possession of two cheque stubs showing unplanned large payments to charities. Further investigations by the company revealed that the cash had actually been paid into Farrimond’s bank account.

Greater Manchester Police labelled the 41-year-old cat-lover the “biggest threat” to the building firm. He now faces four years behind bars to contemplate on his life desires.