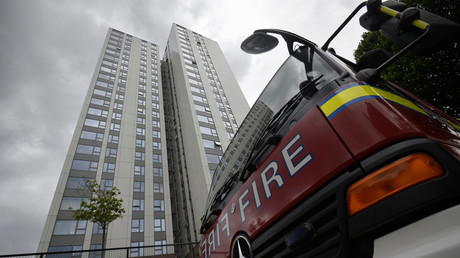 A man has been saved from a Mayfair apartment fire by a brave bystander before the arrival of nearly 60 firefighters required to battle the blaze. The Bourdon Street building has been evacuated.

Some eight fire engines and a team of 58 firefighters fought the blaze at the block of flats in central London, the fire brigade confirmed. Half of a flat on the first floor and part of a flat on the second floor were ablaze when the crews arrived.

Road closures are currently in place as fire crews from Soho, Euston, Lambeth, Dowgate and surrounding fire stations remain at the scene. Fire crews had the fire under control at 12.44pm. The cause of the fire is not known at this stage.

London Fire Brigade said that, so far, 12 calls have been made to 999 to report the blaze.