A 20 year-old man faces felony child abuse charges after he was found in a Mississippi cemetery with five underage and drugged girls – two of whom were unconscious when found.

The girls, aged between 11 and 16, were in foster care in Mobile, Alabama, The Sun Herald reported. Police say the suspect, Jordan McClain, drove there from Ocean Springs, Mississippi, after striking up an online relationship with one of the girls.

The minors were given Xanax and marijuana by McClain during the journey back to Mississippi, according to authorities, who were alerted to the incident after the group appeared intoxicated on a beach. 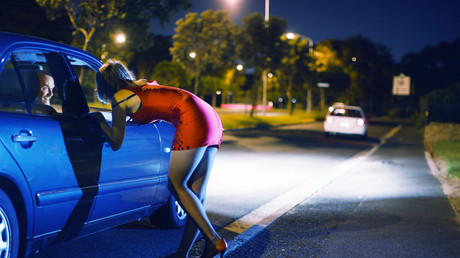 Police later located McCain and the girls in a nearby cemetery. Officers found two of the girls unconscious. They were taken to a hospital, where they were treated and returned to the custody of their foster carers.

McCain now faces three counts of felony child abuse causing serious bodily harm. He was  originally arrested on charges of contributing to the delinquency of a minor, but these charges were upgraded to felony child abuse during the course of the investigation.

An $8,400 bond was set for each charge, making the total bond amount $25,200. McClain is being held at Jackson County Adult Detention Center.