A Massachusetts man faces a five-year prison term for inciting violence against federal agents and politicians. Besides offering $500 for the head of an ICE agent, the suspect urged someone to slit the throat of Sen. John McCain.

Law enforcement agents arrested Brandon J. Ziobrowski from Cambridge, Massachusetts on Thursday morning in New York. The 33-year-old was charged with “one count of use of interstate and foreign commerce to transmit a threat to injure another person.”

Authorities say Ziobrowski, registered under the username @Vine_II, repeatedly called on more than 400 of his Twitter followers to commit violent crimes against US public officials. Besides repeated calls to “slit” the throat of senior United States Senator John McCain from Arizona, the suspect is also being accused of murder-for-hire solicitation. 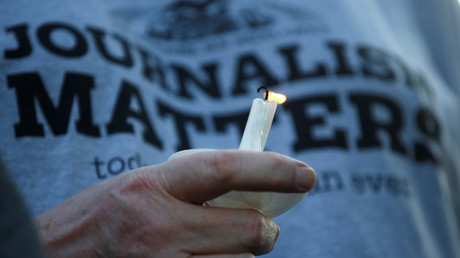 “I am broke but will scrounge and literally give $500 to anyone who kills ICE agent. @me seriously who else can pledge get in on this lets make this work,” the 33-year-old allegedly tweeted on July 2.

His beef with the US Immigration and Customs Enforcement agents, however, erupted months before that. For instance, on March 1 the suspect, in reply to an ICE Field Office tweet praising the sacrifice of agents, said, “Thank you ICE for putting your lives on the line and hopefully dying I guess so there’s less of you?”

Ziobrowski’s threatening messages could be traced back to as far as 2009. “Over time, Ziobrowski’s tweets became more violent and threatening,” the Department of Justice said in a press release, noting that in February 2018 the suspect allegedly began “posting tweets that promoted violence against law enforcement.”

“Guns should only be legal for shooting the police like the second amendment intended,” he tweeted on February 24, 2018.

The FBI found Ziobrowski’s threats particularly serious after four law enforcement officers were slain in the past. “Enough is enough,” FBI Special Agent in Charge Harold Shaw said during Thursday’s press briefing, noting the “extreme anti-US” rhetoric by the Massachusetts man, whom authorities accuse of professing “socialist” and “communist” ideologies. 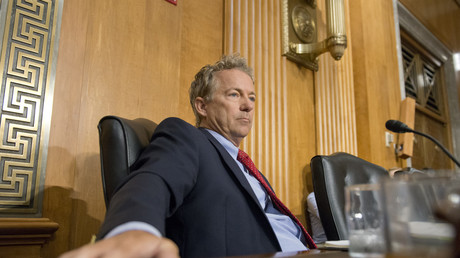 “The agents and officers out there enforcing federal laws are doing their job, plain and simple,” US Attorney Andrew Lelling noted. “Those who disagree with their mission are of course free to say so. But there is a difference between public debate and intentionally putting others in fear of their lives.”

“People who try to politicize our mission are within the legal right to freedom of speech,” Peter Fitzhugh, special agent in charge of Homeland Security Investigations in Boston, added. “But when freedom of speech crosses a line into threats or offers to have federal law enforcement officers killed, we will never tolerate that.”

The 33-year-old man is due to appear in court in Boston at a later date. If convicted, he could be sentenced to up to five years in prison. If lucky, he could get three years of supervised release and a fine of $250,000. Twitter, meanwhile, has closed down the account belonging to @Vine_II, at the request of law enforcement officials.