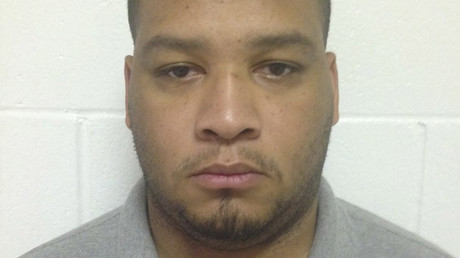 A Louisiana police officer who fired 14 shots at a father and his six-year-old autistic son, killing the child, has been found guilty of manslaughter. Derrick Stafford fired on Chris Few and his son Jeremy Mardis after a car chase in November.

Mardis’ family said in a statement that they were satisfied with the verdict: “As we have said all along, our goal in this case was to get justice for Jeremy Mardis, his family, and the people of Louisiana. Today, that happened.”

The six-year-old had been sitting in the back of an SUV driven by his father and pursued by police when Stafford, along with another officer, fired 18 bullets collectively at the vehicle. The boy was killed and his father seriously wounded.

Testifying in court, Few said he regained consciousness six days after the shooting, on the day of his son’s funeral.

Stafford fired 14 of the bullets, the court heard. The second officer, Norris Greenhouse Jr, faces a separate trial on murder charges later in the year.

Testifying on Friday, Stafford cried when was shown images of Mardis, claiming: “Never in a million years would I have fired my weapon if I knew a child was in that car. I would have called off the pursuit myself.”

He said he fired his weapon as he believed Few would reverse his vehicle into Greenhouse Jr.

Mardis and Few, who was unarmed, are both white and Stafford and Greenhouse Jr black. Stafford’s defense attorneys argued his arrest within one week of the incident was a rush to judgment, asking if the officer would have been arrested in the same timeframe if he was white.

Few told the court he was not warned before the officers opened fire. Asked if he regretted not stopping his car when he was aware police were pursuing him, he responded: “Most definitely. Every day.”