The Los Angeles City Council has approved a $1.5 million settlement with the family of Ezell Ford, an unarmed black man who was gunned down by police in 2014. Prosecutors have declined to charge either officer involved in Ford’s death.

Though a “conditional” settlement between the city of Los Angeles, California, and Edsell and Tritobia Ford, Ezell Ford’s parents, was reportedly reached in October, the terms of the agreement were finally approved by the Los Angeles City Council and formally announced on Wednesday, according to reports.

“They’re happy this is behind them so can move on with their lives, but this was never about money,” Boris Treyzon, the family’s lawyer, told the New York Daily News.

Ezell Ford’s family filed a wrongful death and civil rights lawsuit in March 2015, claiming that Los Angeles Police Department (LAPD) Officers Sharlton Wampler and Antonio Villegas “intentionally and/or negligently fatally shot unarmed decedent Ezell Ford multiple times with their firearm” after he had followed their directions to lie on the ground during an encounter in South Los Angeles on August 11, 2014.

The settlement will end the family’s lawsuit. The family has said Ford, 25, suffered from schizophrenia, bipolar disorder and depression, adding that he was doing nothing wrong when he would approached by officers that evening. Authorities have said Wampler put his hand on Ford’s shoulder, prompting Ford to knock Wampler to the ground, which led to shots being fired.

The LAPD and local prosecutors have claimed that Wampler and Villegas, of the LAPD’s Newton Area gang enforcement team, approached Ford because he was supposedly acting suspiciously and may have been attempting to discard an illicit substance. 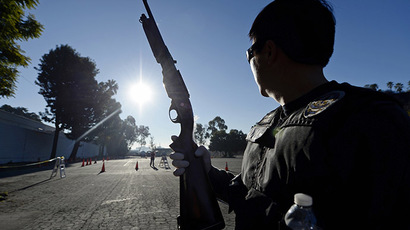 A struggled ensued, and Ford was shot three times. His family has said he was lying on the ground when he was shot. He died less than two hours later at a nearby hospital.

Evidence “indicates that Ford was on top of Wampler, struggling to obtain Wampler’s primary service weapon and posing an immediate threat to his safety and his partner’s safety,” the District Attorney’s Office claimed last month in announcing it would not charge the officers in the shooting death.

“In fear for their lives, Villegas and Wampler each responded with deadly force.”

The Justice System Integrity Division of the DA’s Office concluded that the officers “acted lawfully in self-defense and in defense of others,” and that Villegas shot Ford twice while Wampler shot him once in the back. An autopsy found that Ford was shot in the back, side and arm. The shot to the back came from close range.

“Our office has a daunting challenge each and every time there is an officer- involved shooting. In this case, we did everything we could to ensure a comprehensive investigation,” Los Angeles County District Attorney Jackie Lacey said in a statement, according to KCET. “Although the loss of Mr. Ford’s life is tragic, we believe the officers’ actions were legally justified and the evidence supports our decision.”

Four witnesses offered statements that diverged from accounts given by the officers. Each witness said that one or both of the officers were on top of Ford, according to the DA’s report. 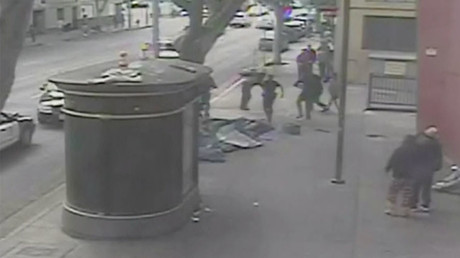 The city Police Commission later ruled that Villegas was justified in opening fire while Wampler violated LAPD policy throughout the incident. The stop made by officers probably should never have occurred in the first place, the commission ruled.

Ford’s death occurred two days after the fatal police shooting of unarmed black teenager Michael Brown in Ferguson, Missouri. The shooting deaths of Brown and Ford, along with other fatal police encounters with people of color, touched off nationwide protests of police brutality, profiling and a lack of prosecutions of cops following fatal incidents with civilians.

According to killedbypolice.net, a website that tracks fatal police incidents, 134 people have died during law enforcement encounters so far in 2017.