A woman who used her brother’s match.com date as a “slave” – feeding her only scraps from the bin and pouring bleach over her in the bath – has been jailed for four years.

The unnamed victim was forced to move into a flat in Maida Vale, West London, by Mandy Leacock, 36, where she was kept as an “unpaid skivvy” for 14 months between March 2015 and May 2016, Southwark Crown Court heard.

The victim, 37, met Leacock’s brother, Colin Leacock, 34, on dating site match.com in 2014. The victim, who has mental health problems, believed she “wasn’t good enough” for him when they began dating. 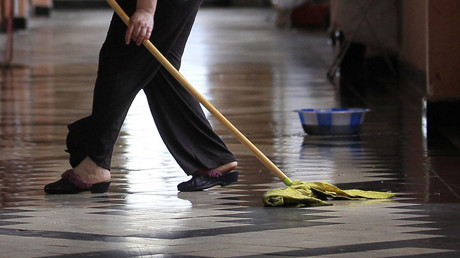 The court was told the victim was forced to move into Mandy’s flat and made to “prove” she could cook and clean. The woman says she was assaulted “every day.”

“I felt humiliated. I didn’t cry because I got that used to it at the time,” she told the court.

The woman overdosed twice after “living in a state of fear, of depression, being bullied and controlled.”

The desperate woman allegedly had to eat from Leacock’s trash can.

“She starved me. I wasn’t allowed to eat,” the victim told the court.

Leacock, a mother of two, allegedly took the victim’s bank card and went on spending sprees, which included buying expensive clothes and a watch for her ex-boyfriend.

She maintained a glamorous image on social media, posting pictures on Facebook from a champagne-session at the five-star Langdon Hotel in Marylebone, central London, in September 2015.

When Leacock left the flat in May 2016, the victim went into a local Co-Op covered in burns and scabs, and with clumps of hair missing due to chemical damage.

Staff called for help and the police arrested Leacock on suspicion of false imprisonment and modern slavery. 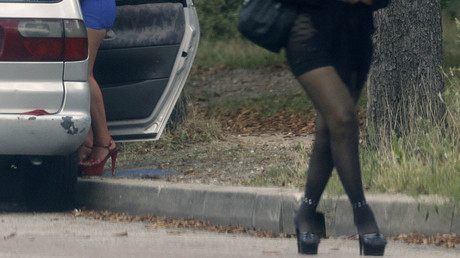 At sentencing on Friday, Judge Stephen Robbins said, according to Metro: “I have seen the photos of the victim which show the awful physical harm that she sustained, but do not show the mental anguish that she suffered.

“Suffice to say that anyone who treats another human being – and a vulnerable one at that as she was with borderline personality disorder, suffering from depression and anxiety, taking overdoses – with sustained cruelty as you did can expect to receive an immediate custodial sentence of some length.

“This was persistently cruel conduct, gratuitous degradation using a corrosive substance, bleach, on a vulnerable victim.

“It was conducted over a lengthy period of time, you treated her like a slave, you beat her and pulled out her hair. You further punished her by pouring bleach over her in the bath, causing blistering and other wounds,” the judge said.

The victim also accused Colin Leacock, who suffers from learning difficulties, of raping and assaulting her twice after his sister took control of her life.

A jury has cleared him of all charges. His barrister has suggested the victim accused him because she hated his sister so much.