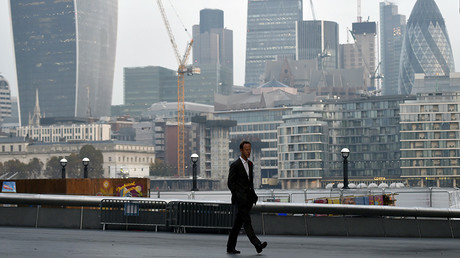 London has lost two European agencies to Paris and Amsterdam after the EU’s major cities battled it out to host the facilities following Britain’s departure from the political union.

The vote to decide the fate of the European Medicines Agency (EMA) and the European Banking Authority (EBA) took place in Brussels on Tuesday, with the Dutch and French capitals winning the medical and financial regulatory bodies, respectively. Both votes were ultimately decided after three rounds of voting resulted in tie breaks, with the winner selected by drawing lots from a goldfish-like bowl.

The British government could not prevent the loss of the jobs despite insistence from Brexit advocates that the future of the agencies would be up for discussion during their negotiations with the EU. Former UK Business Secretary Vince Cable said the suggestion that the UK could keep the agencies showed the government’s inability to grasp the consequences of Brexit.

“This is a bitter Brexit blow to UK science and our world-leading pharmaceutical sector. This loss of jobs and prestige will sadly only continue if the government insists on dragging Britain towards a damaging extreme Brexit,” he wrote on Twitter.

This is a bitter Brexit blow to UK science and our world-leading pharmaceutical sector. This loss of jobs and prestige will sadly only continue if the government insists on dragging Britain towards a damaging extreme Brexit. https://t.co/U0mBINi2z6

The EMA, which currently employs some 900 people, was won for Britain by then-Prime Minister John Major at an EU Summit in 1993. The EBA, now employing around 150 staff, started in 2011 under the Conservative-Liberal Democrat coalition. At the time it was seen as a tool to help tighten Britain’s banking regulations following the 2008 crash.

Some Twitter users were apoplectic at the loss of jobs in the UK capital.

And now the EU Banking Agency, lost to Paris. Thousands of high paid jobs, unquantifiable prestige, influence and stature, just thrown away. For nothing. https://t.co/UuRCTE0lYA

So London loses the European Medicines Agency to Amsterdam and the European Banking Authority to Paris. A lot of jobs have just gone. Brexit getting real.

Celebrations here in Paris over move of European Banking Authority to French capital. Good for France. Worst possible result for the City of London.

Meanwhile, France’s narrow win over the Irish capital, Dublin, in the tie-break round for the EBA brought to mind painful defeats of the past for some on the island nation.