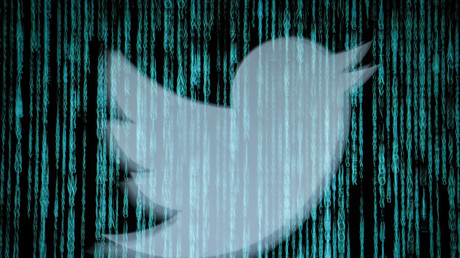 Elections, be they local, general or referenda, are an opportunity for social media gold. Here is what some politicians, parties, and pundits have been saying in the cold light of day.

Before the vote, Guardian journalist Owen Jones had been waving the red flag as part of Labour’s “unseat the Tories” drive targeting councils of Wandsworth, Barnet and Kensington, which was labelled a “vanity campaign” by right-wing blogger Guido Fawkes. While Labour failed to secure control of these councils, Jones has remained defiant, citing the election as the Conservative’s worst result since 1971 and calling out the Tories “now frothing all over Twitter.”

Labour won its best result, and the Tories their worst result, since 1971, and this is being spun somehow as a defeat. Amazing. @PeoplesMomentum played a huge role in delivering the best result for 47 years – which is why so many Tories are now frothing all over twitter.

Happier days for Labour in Southwark, where for the first time in the borough’s history, there are no Tory councilors. Local councilor Peter John used the victory to claim “Theresa May has even less appeal than Margaret Thatcher in our borough!”

For the first time in the borough’s history there are now NO Tories left on Southwark Council. So proud of my @SouthwarkLabour colleagues who have shown that Theresa May has even less appeal than Margaret Thatcher in our borough! #LocalElection2018

But while Labour gained in London, the Conservatives fared better outside of the city. The Lancashire council of Pendle is back in Tory hands for the first time since 1971. The council went blue by a margin of one seat after a close fight with Labour, after the far-right British National Party (BNP) not rerunning its previously standing councilors.

However, the Tory win in Pendle is already causing controversy as control of it was only obtained after the party reinstated Rosemary Carroll – a councilor suspended last June for posting a racist tweet.

If Tom Watson wants an example of a party that isn’t breaking through there are copious case studies from Labour’s now discredited pre results talking points. Wandsworth? Barnet? Nuneaton?

The biggest losers of the day were by far UKIP, who won only three seats while losing over 100. Despite the drubbing, the party’s Twitter has tried to stay optimistic saying there “is space for UKIP,” lining up one user to retort: “That space is in the dustbin.”

.@SuzanneEvans1 Is quite right, there is the space for UKIP and we will fill it, despite dissapointment tonight.

The upbeat UKIP attitude was continued by its East of England MEP, Patrick O’Flynn, who said the party “does not need big poll numbers to exert Brexit leverage right now,” needing only to “pose a limited asymmetric threat.”

Also, given how close next GE is shaping up to be, UKIP does not need big poll numbers to exert Brexit leverage right now. It simply needs to pose a limited asymmetric threat, just as we did to Cameron pre his 2013 capitulation on a referendum. But UKIP must stay on the pitch.