The limo that killed 20 people in a crash in upstate New York was unsafe and should never have been on the road, Governor Andrew Cuomo said. Instead, a close-knit group of family and friends are dead.

The limousine was carrying a group of friends and relatives to a 30th birthday party near Albany, New York, on Saturday, when it plowed through a junction, hit two pedestrians and a parked SUV, and plunged into a ditch. All 17 passengers were killed, along with the two stricken pedestrians and the limo’s driver.

Among the victims were sisters Mary Dyson, Abby Jackson, Allison King, and Amy Steenburg; and husbands Adam Jackson, Robert Dyson and Axel Steenburg. Amy and Axel Steenburg had only been married since June, while Abby and Adam Jackson left behind two daughters: four-year-old Archer and 16-month-old Elle. The remainder of the group were close school and neighborhood friends, including another newlywed couple, Erin and Shane McGowan. 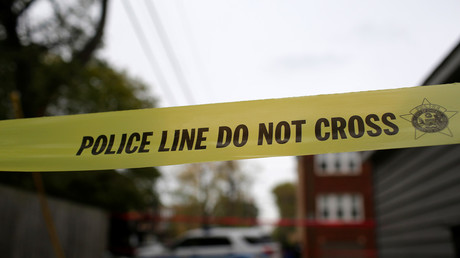 “They were all friends,” Valerie Abeling, Mrs. McGowan’s aunt, told the New York Times. “Most of them were lifelong friends. Relatives, cousins, family.” Grieving friends have launched a crowdfunding campaign for Archer and Elle Jackson, the two children orphaned by the crash.

As tributes to the victims flowed in online, New York Governor Andrew Cuomo said that the company that provided the limousine – Prestige Limousine – “has a lot to answer for.”

For starters, the vehicle was never supposed to be a limousine in the first place. The 2001 Ford Excursion SUV had been stretched and modified into a limo, a chop-job that often affects a vehicle’s structural integrity, and is against federal law.

After being modified, the limo failed Department of Motor Vehicles inspections, as recently as last month. In addition, the driver – 53-year-old Scott Lisinicchia – did not even have the appropriate license to operate the vehicle.

Local news coverage says that this Hasy Limousine is a DBA of Prestige Limousine, the limo company involved in the #Schoharie accident that killed twenty. Note the Yelp review: allegations of safety and “obviously impaired” driver. https://t.co/od3S0BMQrC

It is unclear whether mechanical failure or driver error exactly led to Saturday’s tragic crash. However, some passengers were alarmed at the vehicle’s condition. The group was supposed to be traveling by a bus – operated by the same company – but the limo was provided at the last minute after the bus broke down.

“The motor is making everyone deaf,” Erin McGowan texted a friend, complaining that the vehicle was in “terrible condition,” according to the Times. “When we get to brewery we will all b deaf,” she texted the same friend, moments before the fatal crash.

Governor Cuomo said on Monday that the state is planning on shutting Prestige Limousine down while an investigation gets underway, warning the company’s owner that “there will be legal consequences.”

The owner, Pakistani immigrant Shahad Hussein, is no stranger to legal trouble. When he was working for the DMV in the 1990s, Hussein ran a scam where he would take bribes from prospective drivers to ensure they passed their driving tests. The FBI arrested Hussein for the scam in 2002, but took him on as a confidential informant instead of charging him. Hussein first recorded corruption at the DMV, then infiltrated local mosques. The FBI paid Hussein a handsome salary for his work, which led to the arrests of four men planning on bombing a New York City synagogue and Jewish center.

The National Transportation Safety Board said on Sunday that the crash was the “deadliest transportation-related accident” in the US since 2009, when a plane crash in Buffalo, New York, killed 50 people.