Libyan militia fighters wounded while engaging Islamic State (IS, formerly ISIS/ISIL) in their country may be airlifted out for treatment in British hospitals, it has been reported.

The Telegraph says the UK is in talks with Tripoli to offer those fighting IS emergency beds at a British military hospital in Cyprus to receive specialist care.

News of the proposal emerged as Ahmed Maiteeq, the second-in-command in Tripoli’s newly formed “unity government,” criticized other European nations for not making similar offers.

Since all European nations would benefit from removing the IS threat on the continent’s southern flank, they should also shoulder the burden, Maiteeq says.

To date, the only other country to have airlifted wounded fighters is Italy, which took 14 to a military hospital in Rome earlier this month.

Maiteeq says there have been no further offers of help.

“Last week we had a very serious attack on our troops, and we did not find any help for our injured,” Maiteeq says.

“The only country so far is Italy. We make this request to all our allies, and sometimes with requests like this you cannot wait.”

Libya’s war-ravaged hospitals are already overstretched, short of highly qualified surgeons and are running low on basic items such as anesthetic.

Only fighters whose injuries are deemed too serious to be treated in Libyan hospitals will be considered for an airlift abroad. 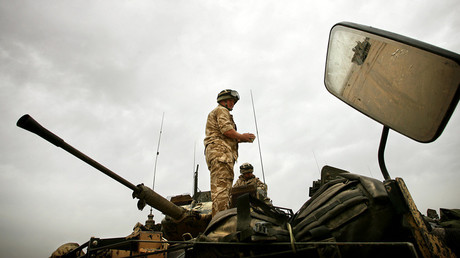 However, the number who fit that criteria could be large and there are fears British and Italian military hospitals could easily be overwhelmed unless other European nations offer help.

Maiteeq, a businessman from the city of Misrat, took up his position last month when the unity government was appointed after nearly two years of factional feuding.

Its main task is to marshal Libya’s different militias into ending IS control of the former Gaddafi stronghold of Sirte, which fell under the terror group’s control last year.

In recent weeks, troops allied to the new government have begun besieging the city, backed with discreet help from British, French and US special forces.

Fighting around the city has seen more than 30 killed and hundreds more wounded. There may be months of heavy casualties ahead as the militia attempt to dislodge 6,000 IS fighters.

Diplomatic sources told the Telegraph the Libyan government was in talks last week to arrange for Britain to provide emergency care at its military base in Cyprus, which stands on British sovereign territory.

It is understood the base was chosen because it is a much shorter airlift than taking wounded to the UK.

A Ministry of Defence (MoD) spokesperson said no decision had been made and it is too early to say what kind of support the UK will offer.