Britain’s Liberal Democrat party is still using the discredited claim that it opposed the Iraq War, as part of an attempt to insist that only it can deliver a coherent foreign policy.

On Friday the Liberal Democrat foreign policy spokesman, Tom Brake MP, one of only eight of the party’s members to actually have a seat in parliament, repeated the heavily contested claim that the marginalized group opposed the 2003 invasion of Iraq.

On a blog in the Huffington Post, Brake said that the then-leader Charles Kennedy had bravely opposed the war when many in Labour and the Conservatives had gone along with PM Tony Blair.

“Politically aware Britons, certainly those who were old enough to vote when the US was trying to rally British support for invasion in 2003, remember the passionate opposition of the then-leader of the Lib Dems, Charles Kennedy.”

He said that the late Kennedy had argued for “giving the weapons inspectors time to finish their work, as their leader, Hans Blix, requested.” 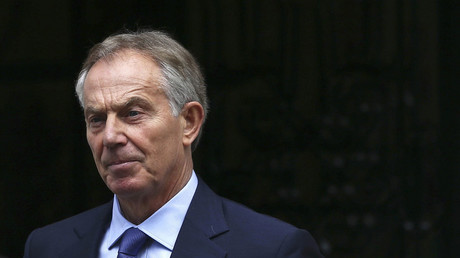 “Millions of Britons supported the Lib Dems’ position, not least because they rightly suspected that Tony Blair was ready to follow George Bush anywhere,” Brake added.

He said that a decade-and-a-half on, “the Chilcot Inquiry has thoroughly vindicated the Lib Dems’ opposition to the invasion of Iraq and by implication condemned Labour and the Conservatives for supporting it. The position we took in 2003 was right and that of the other major parties was wrong.”

He encouraged readers to imagine “how much safer the world might be and how much stronger the UK had the Lib Dem position carried the day.”

Brake’s analysis, however, appears to rest on a long-standing myth that the Lib Dems put up a meaningful opposition to the war.

In 2004, then-Green Party communication chief Spencer Fitz-Gibbon presented a forensic examination of the Lib Dems’ supposed resistance to the war.

“The Liberal Democrats have gained a reputation for opposing the Iraq War. It is a reputation that is undeserved,” he said.

“What Charles Kennedy and his party deserve credit for is the skilful manipulation that created a strong impression that the Lib Dems were opposing the war – a stance known to be very popular with the public – while in fact they made no such commitment.”

He argued that while the Lib Dems “did make clear statements of the conditions in which they would support the war,” those conditions “were never met, but they supported the war anyway.”

This was territory revisited by Huffington Post journalist Owen Bennett in an article on the Left Foot Forward website on 2014. 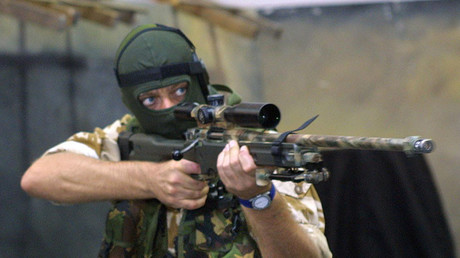 “It is one of the great myths of recent political history – that the Liberal Democrats were opposed to Britain joining with US forces to invade Iraq in 2003,” Bennett said.

“It is quite simply not true. In the run up to the 2003 invasion, Liberal Democrat leader Charles Kennedy addressed the infamous anti-war rally in Hyde Park on February 15.

“He told the million-odd people who had marched through central London (including this author as a 17-year-old student) he had ‘yet to be persuaded as to the case for war against Iraq.’”

Bennett urged people to remember that “Lib Dems were not opposed to sending soldiers into Iraq. They were just opposed to doing it without a second resolution.”

He added the party’s tendency to paint “themselves as leading the crusade against the war back in 2003” was disingenuous and pointed out the party’s support for “Britain’s military invention in Kosovo, Afghanistan and most recently Libya.”