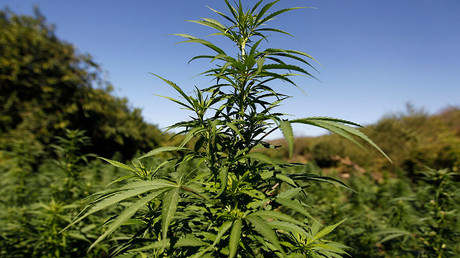 A New York politician is leading a campaign to allow women in the US state to treat menstrual cramps with medical marijuana.

Linda Rosenthal, a member of the New York State Assembly, has called for painful periods to be placed alongside epilepsy and multiple sclerosis on a list of conditions whose sufferers are eligible to buy medical marijuana.

“This is a woman’s health issue,” said Rosenthal in an interview with Newsweek. “Men have really been [the ones] who’ve run state houses, governorships, presidencies, and some issues that are just about women have gotten shortchanged.”

The bill, which already passed the state’s Health Committee in a landslide 21 to two vote, will next be debated on the Assembly floor. Following that, the potentially groundbreaking law will need to be signed off by New York Governor Andrew Cuomo.

Cuomo signed New York’s medical marijuana program into law in 2014, but the Democrat has since come in for criticism over what some have perceived as a “restrictive” implementation of the law.

The American Academy of Family Physicians estimates that up to 20 percent of women in the US experience intense pain during their periods, with many unable to get out of bed or go to work – a fact Rosenthal thinks may help sway some of her more conservative colleagues.

“Some women can’t leave their bed for a week,” she said. “People are starting to understand that medical marijuana is a useful tool to relieve suffering and women’s suffering from severe menstrual cramps.”

Meanwhile, Rosenthal has won support for the proposal from actress and TV presenter Whoopi Goldberg. The ‘Sister Act’ star is a known advocate of medical marijuana and last year created her own line of products designed to alleviate menstrual pain.

The Whoopi & Maya brand, developed in conjunction with cannabis industry chief Maya Elisabeth, is available to women in US states that have already legalized the drug.

“Women have used cannabis for menstrual pain for as long as time, and this pain is real for a lot of us,” Goldberg said in the statement.

“I’m glad to see states like New York starting to get serious about this and when [the bill] gets to Gov Cuomo’s desk we hope he recognizes and champions this conversation, and allows these decisions to be made between patients and their doctor by signing this very important bill Assemblywoman Rosenthal sponsored.”