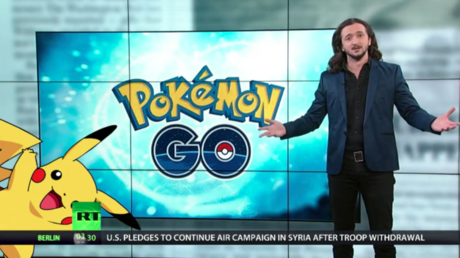 A recent report for US Senate claimed that the apparently all mighty ‘Russian trolls’ had their fingers in 2016 elections, even using Pokemon Go for their cause. Lee Camp takes on the supposedly biased free ‘bombshell.’

In the latest Redacted Tonight, Camp scrutinizes December report which detailed Moscow’s supposed meddling in the 2016 US Presidential election.

The paper in question explosively lists how everything from African-Americans to Pokemon Go was allegedly manipulated by deceptive Internet Research Agency (IRA) – a “Russian troll farm.” It is also alleged the IRA used Facebook to spread ads to sway the presidential election. A catch here – Facebook itself admitted that over half of the ads came out AFTER the election.


That aside…who are the sleuths who uncovered the extent of the purported meddling? A group called New Knowledge, set up by Obama administration veterans Jonathan Morgan and Ryan Fox.

As well as their Democratic Party credentials, the men also have links to the US state security apparatus, with stints at weapons research agency DARPA, the infamous NSA, and the US military’s JSOC unit.

Likening the report to a work done by “a hungry virus telling you not to wash your hands,” Camp pulls no punches on other inconsistencies of the Russiagate saga.