Unless Britain votes to leave the EU it will face a greater risk of terror attack, a UK Independence Party (UKIP) ‘leave’ campaigner has warned, citing a recent report warning 800,000 migrants are waiting in Libya to enter Europe.

The joint report, released by Interpol and European counterpart Europol, notes that while a “systematic link” between terrorism and people smuggling has not definitely been proven, terrorists may be using migratory flows as cover for covertly entering the EU. 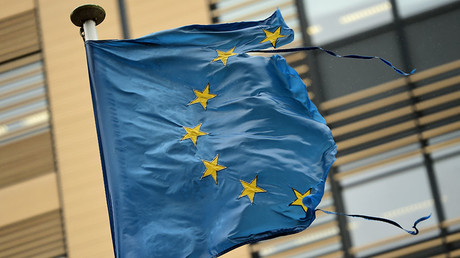 “Europe is confronted with an unprecedented migration crisis in terms of the number of migrants arriving in Europe as well as the level of involvement of complex and ruthless migrant smuggling networks,” Europol Director Rob Wainwright said.

“Migrant smuggling networks have proven flexible and resilient, adapting to law enforcement action by quickly changing the routes used to smuggle migrants to the EU.”

Leave campaigners have seized on the findings to urge Britons to vote to withdraw from the bloc in next month’s referendum.

UKIP’s migration spokesman Steven Woolfe said the report “demonstrates that 800,000 Libyans are queuing up to enter the EU.”

“Libya is awash with trained, skilled and determined Isis terrorists who are bound to be amongst those seeking to enter the EU.

“Intelligence says that it is only a matter of time before another terrorist attack occurs in Europe. The crisis isn’t over, it’s just continuing and getting worse.

“Unless we vote to leave, we will putting our national security at risk and increasing the likelihood of terrorism on our shores,” he added.

Woolf is the latest to join the chorus of voices from both sides of the debate espousing contradictory opinions on the effect a Brexit would have on Britain’s security.

“I believe strongly that we would be significantly less safe outside [the EU] because of all the networks, the relationships, the policy exchanges, the determining on data sets, things like fingerprinting, things like European arrest warrant, things like joint research on explosive detections on arms and so on,” she told BBC Radio 4.

“Senior police officers have made clear how important close working through the EU is to protecting our national security and fighting crime,” she said.