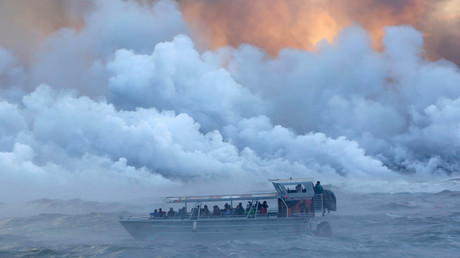 A ‘lava bomb’, a flying chunk of molten rock, hit an ocean tour boat near the Big Island of Hawaii, puncturing the vessel’s roof and injuring the people on board, the island’s fire department has confirmed.

At least 22 people were injured when the lava hit the boat, which carried 52 people in total. One of the tourists’ injuries were classed as severe. Ten people were treated on-the-spot when the boat arrived back to Wailoa Harbor, while the rest were sent to hospital.