Former Labour MP George Galloway has told RT that Shadow Brexit Secretary Keir Starmer’s announcement that his party must retain the option of another public vote on Brexit “may have just cost Labour the next election.”

Galloway was responding to Starmer statement to Labour members at the party’s annual conference, in which he said all options must be kept on the table to “break the impasse” that has befallen UK-EU negotiations on Brexit, including remaining within the EU.

He warned that Starmer may have wrecked any chance of Labour gaining power at the next general election, because this move would be seen as reneging on the decision of the majority of the public to back Brexit. 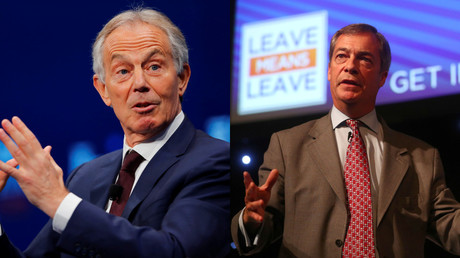 Galloway told RT: “It is a catastrophic piece of strategic positioning which may have just cost Labour the next election.

“A promise that might renege on the decision made in the Brexit referendum would be electorally catastrophic.”

Starmer told a packed conference in Liverpool: “We must have other options. And conference, that must include campaigning for a public vote.

“It’s right that parliament has the first say, but if we need to break the impasse, our options must include campaigning for a public vote and nobody is ruling out remain as an option.”

He received a standing ovation, but the former London mayoral candidate says that Starmer’s intervention was “unauthorized and contradicted earlier statements made by Shadow Chancellor John McDonnell.” On Monday, McDonnell stated that any future second referendum should not include remaining in the EU as an option.

Starmer’s announcement has unsurprisingly polarized those on social media. Labour supporter and Novara Media contributor, Grace Blakeley, claimed that he had sent a very clear message to the British people: “The British establishment is above democracy,” he said, adding: “He’s enabling the far right.”

Keir Starmer has just sent a very clear message to the people of this country: the British establishment is above democracy.

In doing so, he’s not just treating the people who elected him with disdain, he’s enabling the far right. https://t.co/1CKWJIN0CL

Remain would not win a second referendum. Remain could not win the first referendum with the entire political and business establishment, and most of the Left and union movement, behind it. It would not have that this time. The extent of denial among Remainers is off the charts.

Labour Leave have accused Starmer of trying to position himself as the “Remain replacement for Jeremy [Corbyn],” while a young Labour member told delegates in an impassioned speech that “if we go against the people’s will, we will lose these voters!”

Left-wing journalist Paul Mason was more supportive, however, comparing it to a speech made by left-wing Labour legend Tony Benn in 1980, labeling Starmer’s intervention as “a dramatic moment that sets the agenda.”

This could all get v nasty v fast – Labour leave accusing Keir Starmer of making a leadership pitch – ‘Many people will wonder whether Sir Keir is trying to line himself up as the Remain replacement for Jeremy.’

WATCH | Whether we agree with his politics or not, we cannot deny this young man respects democracy as he passionately tells #Lab18 NOT to back another referendum and alienate Labour leave voters from the North East: “If we go against the people’s will we will lose these voters!” pic.twitter.com/u4gMZj9GH1

Galloway, however, is convinced that a certain group of rich and influential elites will be claiming victory today. “The lobby led by Tony Blair, paid for by George Soros has won a great victory today,” he told RT.