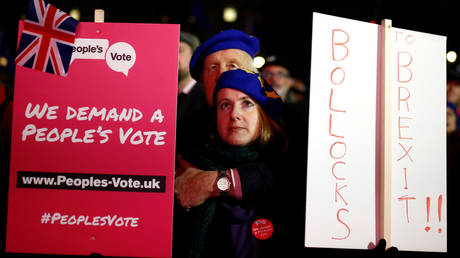 Shadow chancellor John McDonnell insists a second EU referendum can win the support of MPs in Parliament after Labour announced they are officially backing a new poll to break the ‘Brexit deadlock’.
Read Full Article at RT.com