US President Donald Trump’s special adviser and son-in-law Jared Kushner has been touting a US-designed peace deal to Palestinians “soon” to be revealed after the US Embassy’s move to Jerusalem derailed relations in the region.

Kushner, who is on the last leg of his Middle East tour, spoke to the popular Palestinian newspaper Al-Quds, claiming he is “ready to work” with leader Mahmoud Abbas, who, in his turn, is refusing to meet with Kushner as long as Washington is “changing the rules of the game” midway. 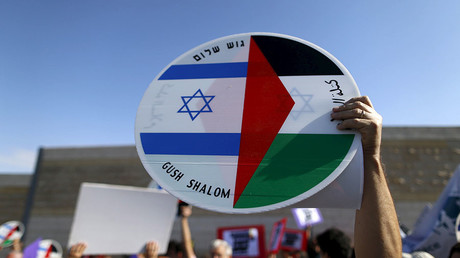 “If President Abbas is ready to go back to the negotiations table, then we are ready to participate in the discussion, but if it’s not the case, then we are going to make the plan public,” Kushner said, according to Reuters. He was referring to the US “deal of the century” on how to forge peace in the Middle East. Without shedding any additional light on its details, the adviser said that the deal will bring “ large investments in the infrastructure from both the private and the public sectors” to improve the Palestinian economy. Kushner pointed the finger at Abbas, as the party that is unwilling to take up negotiations.

“I question President Abbas’ ability, or desire, to finish the deal. He has the same talking points that haven’t changed in the past 25 years. A peace hasn’t been achieved during that period,” he said.

Kushner represented the White House at the grand opening of the newly-inaugurated US Embassy in Jerusalem in March, which saw fierce clashes between the Israeli military and Palestinian protesters that left over 100 people dead and thousands injured. The decision, which drew the ire of the whole Muslim world, dealt a blow to the already feeble Israel-Arab peace process.

A Palestinian negotiator said on Friday that Palestine is not buying into the US peace proposal anymore, since Washington’s deeds on the ground speak louder than its words.

“If there’s any plan, this it’s being implemented on the ground: with moving the US embassy to occupied Jerusalem, withdrawing support for the two-state solution, cutting funds to UNRWA [UN Relief and Works Agency] and, eventually trying to normalize the Israeli apartheid in Palestine,” Saeb Erekat said, as cited by Middle East Eye.

UNRWA has had to scale back its assistance to Palestine refugees in Gaza after the US, which was the agency’s biggest donor, slashed its contribution by $250 million. The agency is “weeks away from painful cuts to its emergency assistance for Gaza and elsewhere in the region,” UN envoy Nickolay Mladenov said at a UN Security Council meeting this week.

Erekat also dismissed the argument that the Palestinian side was to blame for the peace process stalling. “If anyone walked away, it was the Trump emissaries whose plan has nothing to do with a just and lasting peace and a lot to do with normalizing the Israeli apartheid regime,” he stressed. 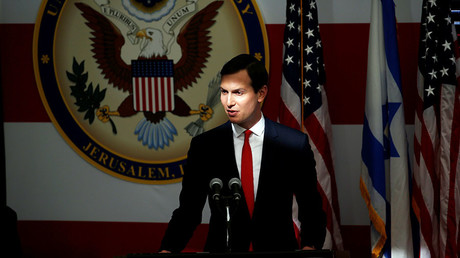 Kushner said that the proposal is still in the works, only promising that it will be ready “soon.” Speculations have long been swirling that the plan might include terms deemed unacceptable by Ramallah.

In December, Hamas chief Ismail Haniyeh claimed that the plan would involve making the tiny Arab village of Abu Dis in the West Bank the capital of the future Palestinian State instead of East Jerusalem.

Abbas, meanwhile, insists that any talks should be based on the Arab Peace Initiative, an Arab League-sponsored proposal to end the conflict that was adopted in 2002. The document clearly states that the future Palestinian State should be established in territories occupied by Israel since 1967, with East Jerusalem as the capital.

It’s unknown if the US is still pushing for its initial proposal, with Kushner, who has been on a Middle Eastern tour that included Jordan, Egypt and Qatar, saying that the countries’ leaders made it clear to him that “they want to see a Palestinian State with East Jerusalem as its capital.”