Model Chloe Ayling, who was drugged, bundled into a suitcase and kidnapped in Italy last year said she tried to make her captor fall in love with her so he would let her go.

Speaking on BBC Two’s Victoria Derbyshire program on Monday, the 21-year-old British model revealed she had started to share a bed with her kidnapper Lukasz Herba, 30, after being abducted in Milan in July last year.

Herba was convicted last month of kidnapping, extortion and carrying false documents, and was jailed for almost 17 years. Ayling claims she was lured into a photoshoot in the northern Italian city before being drugged with the tranquilizer ketamine, stripped and shoved into a suitcase. 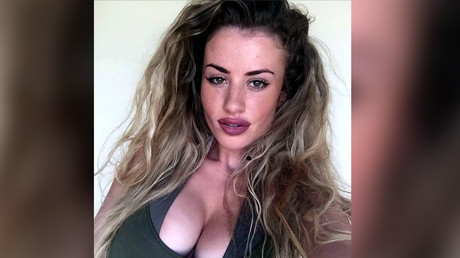 Ayling was then driven in the trunk of a car to a remote farmhouse in the Piedmont region 120 miles away, and there she was threatened with being sold as a sex slave unless she could find €300,000 euros, according to the model.

“When I started sharing a bed with him we would start to talk more and obviously I had to do everything I could to make him fall in love with me in a way,” the mother-of-one told the BBC. “The more we started talking, the more the bond was kind of forming and once I realized he was starting to like me, I knew I had to use that to my advantage.”

The south London model said her captor had asked to kiss her and brought up the possibility of having a relationship in the future, and she realised this presented a chance to escape. Herba released his captive and drove her to the British consulate in Milan when he realized no ransom would be paid.

Ayling also took the chance to express her bafflement at people who still insinuating her kidnap is a PR stunt. Some claim her story doesn’t ring true because she appeared happy, wearing shorts and a t-shirt, as she posed with her dog in the aftermath of her release.

The veracity of Ayling’s story was also called into question when CCTV footage emerged of her and her captor buying shoes together, something she had failed to tell police.

“People are questioning me for his actions, and this is a complete psychopath, crazy person, so it just doesn’t make sense that people are believing media over the court,” Ayling said.