Politicians and NGOs are urging the UK government to vote against Saudi retention of the chairmanship of the UN human rights council in light of the Gulf theocracy’s ongoing brutal war in Yemen.

The calls have come ahead of a key vote on the position and shortly after details of the vast amounts of arms, ammunition and military equipment Britain sells to the Saudi regime came to light. 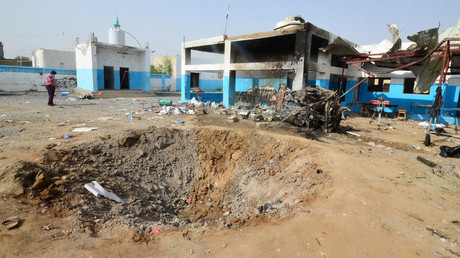 Saudi Arabia’s appointment to the role in 2015 appears to have come about thanks to British connivance. A WikiLeaks document from 2015 apparently shows a voting deal was struck between the long-standing allies.

“Days after yet another hospital has been bombed in Yemen, it is time for the UK government to reconfirm our commitment to International Humanitarian Law and be absolutely clear that we will not support the re-election of Saudi Arabia to the UN Human Rights Council,” Liberal Democrat Foreign Affairs Spokesperson Tom Brake told the Independent on Friday.

He rejected government claims that votes are not publicized, saying the issue is too important.

“The Conservatives claim that votes to the council are always kept secret, but we demand transparency on this critical issue and will no longer accept their endless excuses for the Saudi regime,” he said.

The UK government is unlikely to vote for the expulsion of Saudi Arabia, Sayed Al-Wadaei, director of Advocacy at The Bahrain Institute for Rights and Democracy (BIRD) told RT.

“The narrative of … UK policy towards the Gulf [State] and overall has not been changing,” despite the “human rights abuses” committed by the Saudis including those in Yemen, Wadaei said.

The rights group representative added that London is being driven primarily by profits from its arms deals with Riyadh. “I don’t think human rights are a priority for the UK government. What they are really seriously looking forward to is their business,” Wadaei said, adding that the British conservative government sees the Saudi Kingdom as a “priority market.”

According to the latest figures issued by the UK’s Campaign Against Arms Trade (CAAT), Great Britain is heavily involved in arms deals with the Gulf State. CAAT estimated that the UK has licensed £3.2 billion ($4.3bn) in arms sales to Riyadh since the beginning of the Saudi campaign in Yemen.

Riyadh has been blamed for numerous violations of human rights during its bombing campaign in Yemen. One of the most severe attacks happened in September last year. Back then 131 people died in an airstrike on a wedding in the village of Al-Wahijah. Locals accused Saudi Arabia of carrying out the assault, though Riyadh strongly denied responsibility.