On the occasion of Martin Luther King Jr. Day, a group of over 60 prominent American citizens is calling upon Congress to reopen the investigations into the assassinations of President John F. Kennedy, Malcolm X, Martin Luther King Jr., and Senator Robert F. Kennedy. Signers of the joint statement include Isaac Newton Farris Jr., nephew of Reverend King and past president of the Southern Christian Leadership Conference; Reverend James M. Lawson Jr., a close collaborator of Reverend King; and Robert F. Kennedy Jr. and Kathleen Kennedy Townsend, children of the late senator. The declaration is also signed by numerous historians, journalists, lawyers and other experts on the four major assassinations. I am the only non-American who has been asked to sign this statement.

Other signatories include G. Robert Blakey, the chief counsel of the House Select Committee on Assassinations, which determined in 1979 that President Kennedy was the victim of a probable conspiracy; Dr. Robert McClelland, one of the surgeons at Parkland Memorial Hospital in Dallas who tried to save President Kennedy’s life and saw clear evidence he had been struck by bullets from the front and the rear; Daniel Ellsberg, the Pentagon Papers whistleblower who served as a national security advisor to the Kennedy White House; Richard Falk, professor emeritus of international law at Princeton University and a leading global authority on human rights; Hollywood artists Alec Baldwin, Martin Sheen, Rob Reiner and Oliver Stone; political satirist Mort Sahl; and musician David Crosby. 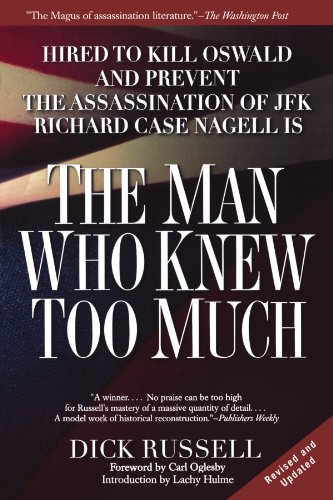