Former mayor of London Ken Livingstone has mocked claims he was an informant for the Soviet Union, telling RT he was deemed “too left-wing” for even the KGB.

Talking to RT’s Bill Dod, Livingstone referred to a number of discussions he had with a communist spy who had posed as a journalist in the 1980s. He said the spy was not trying to extort information from him, but was just trying to pin down what sort of politician he was. 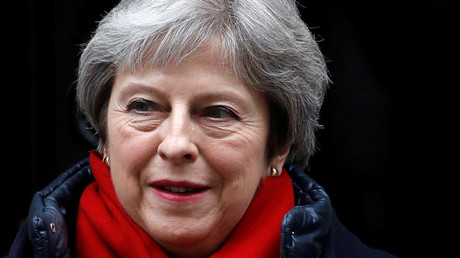 “The funny thing is, he thought I was too left-wing. Here you have a KGB agent worried that I’m a bit too left-wing,” Livingstone told RT. “And I’d had that before, I remember it very clearly.

“Jeremy [Corbyn] and myself have been accused of being Trotskyites, Marxists,” he said, adding that the sole reason they entered politics was to “look after our local people.”

The former London mayor’s comments follow allegations made by a former Czechoslovakian spy that were originally printed in The Sun, that Corbyn was an asset for the Eastern-bloc country during the Cold War.

The Labour leader has dismissed the allegations as “nonsense,” while his deputy, Tom Watson, slammed The Sun and the Daily Mail for peddling “propaganda, not journalism.”

The former spy, Jan Sarkocy, claimed that Corbyn, along with shadow chancellor John McDonnell and Livingstone, were among 15 senior Labour figures acting as informants for Eastern-bloc agents. He described them as “great sources” for himself and his KGB colleagues.

Livingstone said: “Most of the media haven’t paid much attention to it because it just takes a moment to realize the man is lying.”

He said the allegations were false on the basis that, at the time McDonnell was reported to have shared the information, he was working for a local government and did not become an MP until 10 years later.

He further defended McDonnell and Corbyn from the accusations saying: “The other thing most journalists would realize is that being a backbencher MP when your party is in opposition, you have no access to information at all. All you know as an MP is what you read in the papers or see on TV.”