The Duchess of Cambridge’s uncle has pleaded guilty to beating his wife after a night drinking in central London. Gary Goldsmith, the brother of Kate Middleton’s mother Carole, admitted knocking his fourth wife unconscious with a “left hook.”

Julie-Anne was knocked down to the pavement outside the couple’s home after Goldsmith assaulted her, according to taxi driver Daniel Shepherd, who reported the incident to the police after driving the two home. Shepherd said the couple had got in a row before Julie-Anne slapped her husband across the face. Goldsmith reacted by delivering a “left hook” that knocked her unconscious for several seconds. 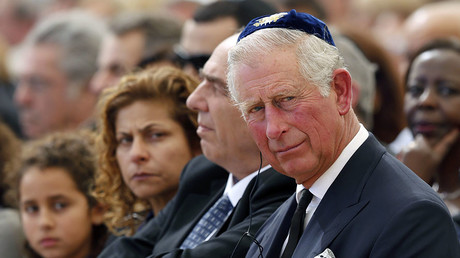 At Westminster Magistrate’s Court on Tuesday, Goldsmith admitted to punching his wife in the face after they spent the evening at the Home House private members’ club in Portman Square, Marylebone on October 13.

Shepherd said he rushed to the woman’s aid and called the police on her request. When he challenged Goldsmith over his actions, the entrepreneur allegedly became aggressive towards him.

The driver said he told Goldsmith “whoa mate, you can’t do that” and added: “Are you going to start on me now?”

Prosecutor Kate Shilton told the court the incident happened at about 1:20 am.

“The argument took place in the back of a taxi. They both got out of the taxi and he (Shepherd) describes Mrs Goldsmith slapping her husband to the face,” she said.

“He then describes how Mr Goldsmith punches her hard in the face using a left hook.“Mrs Goldsmith has then fallen backwards. He says: ‘She appears to be unconscious, she isn’t moving.’”

After losing consciousness for around 15 seconds, Shilton said Julie-Anne Shilton became “upset, starts crying and uses some railings to assist her.”

The woman was brought to the hospital and was later discharged, the court heard. Goldsmith was freed on bail until a sentencing hearing on November 21.

The charge carries a maximum penalty of six months’ imprisonment but it is believed he will instead be forced to complete a period of community service.