Police in Kansas City are facing tough questions after shooting and killing three people in less than an hour. The city’s police chief has defended the actions of officers, saying they “did what they thought was necessary.”

The deaths occurred in two separate police shootings in Kansas City, Missouri, on Thursday. The first fatality was a woman reportedly brandishing a “sword” who was shot after a standoff, the Kansas City Star reported. 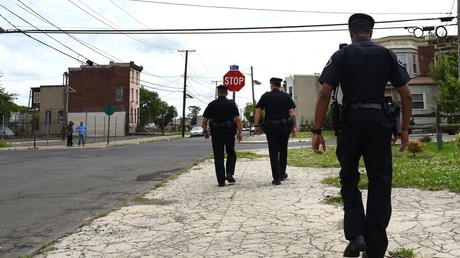 Police Captain Lionel Colón said he is confident the shooting “was a last-resort situation to ensure the safety of the public” and noted that some “action” took place that “met the criteria for lethal force.”

“She had been seen earlier … walking around with the sword, which is obviously a threat to the community,” Colón said, noting that he was not sure if she had the sword at the time she was shot, or whether she was shot inside the shed or had emerged from the building before police fired at her.

Less than an hour later, two men were shot dead in an unrelated incident 10 miles away, reportedly during a fight over a gun and a golf cart. According to Colón, officers who arrived at the scene returned fire after being shot at.

Kansas City Police Chief Rick Smith has defended the officers involved in both incidents, calling the shootings “unfortunate” but insisting the cops “did what they thought was necessary.”

“I just wanted people in this city to know our officers are dedicated to go out here and protect the citizens of this city. Both incidents unfolded protecting other citizens,” Smith said, adding that both incidents will be investigated internally by KCPD. 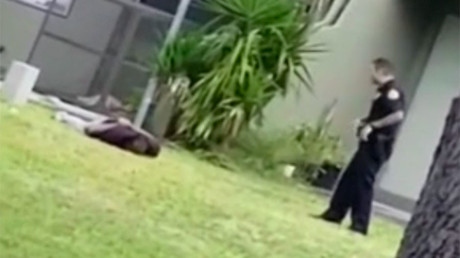 “We have protocols in place to have — our department does the investigation. Of course that’s reviewed by other parties, independent parties, prosecutors, the United States attorneys, other individuals,” he said.

Many in the community are questioning whether the shootings were actually necessary, however.

“They shot a woman with a sword? We don’t have tear gas to make her drop? …I don’t care if she had a spear…” Robert King, who lives near the scene of the first shooting, told the Kansas City Star.

The KCPD was accused of brutality in March, after a suspect claimed he was kicked in the face “like a slave owner might have punished a slave” while in police custody.

One sheriff’s deputy was killed and another critically injured on Friday, after an inmate being transported to a court hearing got a hold of a weapon and shot them, AP reported.