A federal judge has ruled against Kentucky’s policy that would impose a work requirement on Medicaid recipients, temporarily halting the efforts to roll back the program’s expansion under Obamacare.

When the Health and Human Services (HHS) secretary approved Kentucky’s request, he had not considered the effect it would have on medical coverage, US District Judge James Boasberg ruled on Friday.

The HHS had “entirely failed to consider” Kentucky’s estimate that 95,000 persons would be removed from Medicaid rolls over the five-year course of the project, Boasberg said, adding that this goes against the central objective of Medicaid, which is helping the state provide medical assistance to its citizens. 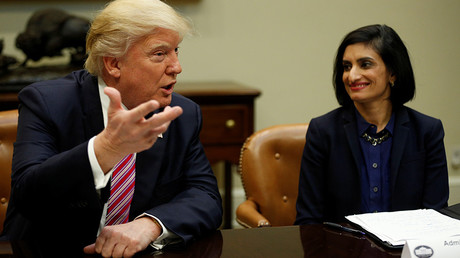 “This signal omission renders his determination arbitrary and capricious,” he concluded.

The program, called Kentucky HEALTH, was scheduled to go into effect on July 1. Several other states had followed suit and applied for waivers from the HHS, in an effort to scale back the expansion of the program mandated under the 2010 Affordable Care Act, also known as Obamacare.

“Even if Kentucky were able to ‘unexpand’ Medicaid (far from a foregone conclusion), Plaintiffs would have, at minimum, momentary relief,” Boasberg wrote in the ruling.

Because many of the plaintiffs suffer from various chronic conditions such as diabetes, hypertension and mental health issues, they fear that even a temporary implementation of the work requirement “could cause serious harm,” the judge said, explaining his decision to send the program back to HHS for further review.

While the push to repeal and replace Obamacare failed in the Senate last year, the Trump administration has sought to roll back many regulatory aspects of the law, from tax penalties to Medicaid expansion.

The decision notes that Kentucky applied for the program in July 2017, and received approval on January 12, 2018. It is unclear, though, who actually made the approval decision – Tom Price, who resigned in September 2017, or Acting Secretary Eric Hargan, who was running HHS on the date of the approval. The current HHS chief, Alex Azar, was sworn in on January 29. The case names him as the defendant.