The Home Office has announced an overhauled counter-terrorism strategy that includes the closer monitoring of British jihadists and a new approach to targeting the growing threat of far-right extremism.

Home Secretary Sajid Javid has announced the new measures as part of efforts to revamp the security service’s Contest strategy, which will utilize a multi-agency approach in order to tackle terrorist threats that are becoming “increasingly diverse.” 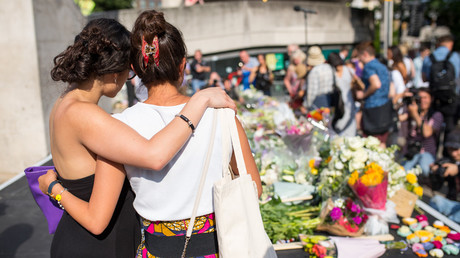 As part of the renewed strategy, technology companies will have greater responsibility in tackling cases of extremism online, while Javid has called for greater cooperation with businesses when they spot worrying buying-patterns, or suspicious behavior while hiring a vehicle, purchasing chemicals, or components that could be combined to make explosives.

An additional 1,000 security services staff will also be recruited to collect and analyze data as well as keep suspects under better surveillance, and powers will be granted with the intention to disrupt terrorist plots and jail suspects before an attack could take place.

At the Contest relaunch, Javid said that there had been a “step change” in the threat from terrorism. He also drew a comparison between Islamist extremists and far-right terrorists.

The Home Secretary said the UK will still identify “the biggest threat is from Islamist terrorism,” including Al-Qaeda and “Daesh,” the Arabic term used for Islamic State, he will also identify far-right extremism as a growing cause for concern.

“…Extreme right-wing terrorism is also an increasing threat,” Javid said on Monday. “Both exploit grievances, distort the truth, and undermine the values that hold us together.”

“Our greatest strength lies not only in what we do but who we are and the values and freedoms we hold dear,” Javid added.”That is why everyone has a part to play in confronting terrorism. I want to say to all those who stand up against all forms of extremism that this government stands with you. I stand with you. But there is more for us all to do.”

The announcement comes the day after the first anniversary of the London Bridge and Borough Market terrorist attacks where eight people were murdered by jihadists.

Javid also reaffirmed his support for the government’s much criticized Prevent program, which aims to avoid radicalization and extremism. This will see MI5 warn teachers and police about terrorism suspects in future.

Labour Shadow Home Secretary Diane Abbott, however, has called for Prevent to be reviewed, claiming it can be counterproductive, according to the Guardian.

Earlier this year, it was reported that anti-fracking and animal rights activists were being included in Prevent training, with Merseyside Police likening them to jihadists and neo-Nazis.